The world’s most beloved tenor, Maestro Andrea Bocelli, returns to AlUla on Thursday April 8th 2021 for a world-first performance at UNESCO World Heritage Site, Hegra. While tickets are... 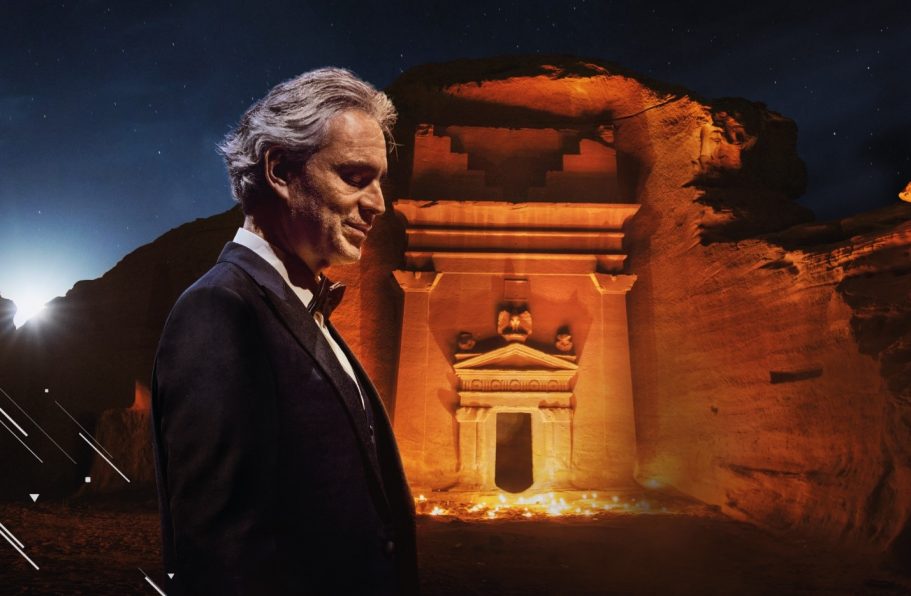 While tickets are limited, the full concert will be broadcast uninterrupted to GCC viewers on MBC 1 at 10 pm KSA time.

The master tenor will deliver a stripped-back set comprising musicians from the Arabian Philharmonic and special guests Loren ALLRED, Matteo BOCELLI, soprano Francesca MAIONCHI with EUGENE KOHN at the piano.

The concert marks the third successive year that Bocelli has performed in AlUla having delighted audiences at the previous two Winter at Tantora festivals. However, this is the first time that the ancient city of Hegra will be the setting for a music event of this calibre.

While the set list remains under wraps, organisers have promised that fans, both old and new, will not be disappointed. A surprise guest has also remained a secret to be divulged to viewers on the night and not before.

Bocelli will be the first artist in known history to stage a concert within the city walls of Hegra. The event will be performed in front of an audience of less than 300 in respect of the environment and COIVD-19 safety measures and promises to be an unmissable celebration of heritage, culture, music and optimism.

Hegra, built in the first century BCE by the Nabataean Kingdom, is an ancient desert city home to thousands of tombs cut into sandstone mountains. At least 100 tombs have elaborate carved facades, a signature of the skilled Nabataean craftsmen.

The specific backdrop for Bocelli will be the 20 carved tombs of Al Khuraymat. Archaeologists say this cluster of tombs presents some of the best preserved in the city of Hegra. A distinctive feature of Khuraymat are the elegant gynosphinxes (spirit guardians with women’s heads, lions’ bodies and wings) adorning the corners of pediments.

Tickets to the event go on sale on April 1st, and those who miss out can watch the event live on MBC 1 at 10pm KSA time.