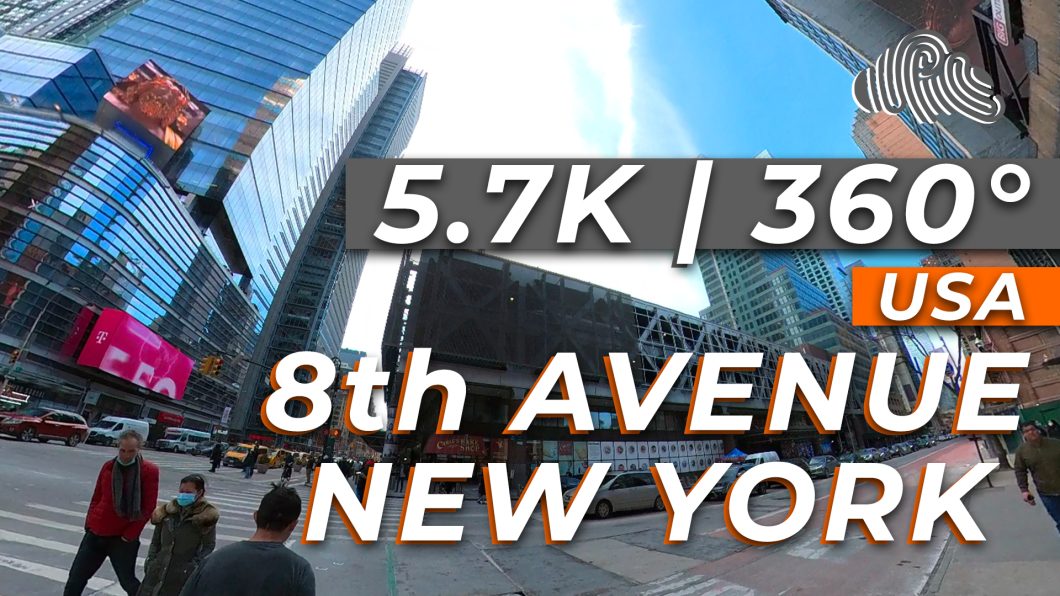 8th Avenue, the main north-south road on the west side of Manhattan in New York City, is 12.6 miles long.

As the name suggests, Central Park West forms the western edge of Central Park. Here are some of the most beautiful apartment buildings in New York where many rich and famous people have found their home – Dakota where John Lennon lived with Yoko Ono, San Remo where Demi Moore, Diane Keaton, Steve Martin and Bono resided. Eldorado Beresford is home to Jerry Seinfeld and Diane Ross. At Central Park West 15 are the apartments of Sting, Alexa Rodriguez and Ekaterina Rybolovleva, while at number 14 Madonna had her luxury residence.

Take a tour with us on 8th Avenue in 5.7K quality virtual reality!

• If you are watching the recording on your mobile phone, turn the screen to the right or left and see the surroundings

• if you are watching the video via laptop or computer, right-click and drag right or nice and look around

• if you watch the video via VR headset, switch to 360 videos and enjoy the complete impression!