A special throne for a special moment! 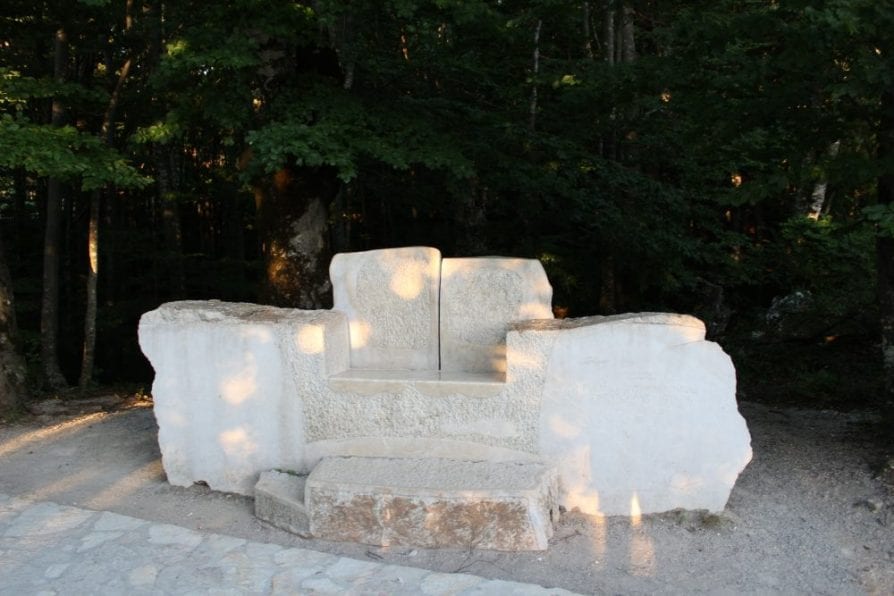 Just a minute after you enter the Plitvice Lakes National Park, you will see quite a big throne on your left, and you will be wondering what is that?

Do Plitvice have a king? Is Croatia a monarchy? Can I sit here and rule this paradise place on Earth? The answers are no, no and no, because the reason is much better!

On September 27th, 2011, Plitvice Lakes had an important date in their history – the day of the arrival of a millionth visitors for the first time, and the throne is built to celebrate that special date. Mrs. Stana Ježina was the first person whose name was carved into the throne worthy of the kings.

A monument is the work of sculptor Ivan Tokić from Solin, Croatia, who wanted to make that moment special. His idea was to build a throne worthy of a king and queen, and in the agreement with the authorities, the idea was realized. So every one-millionth visitor will be remembered forever!

The names are engraved in the monument and are a reminder of the number of people visiting one of the most beautiful national parks in the world.