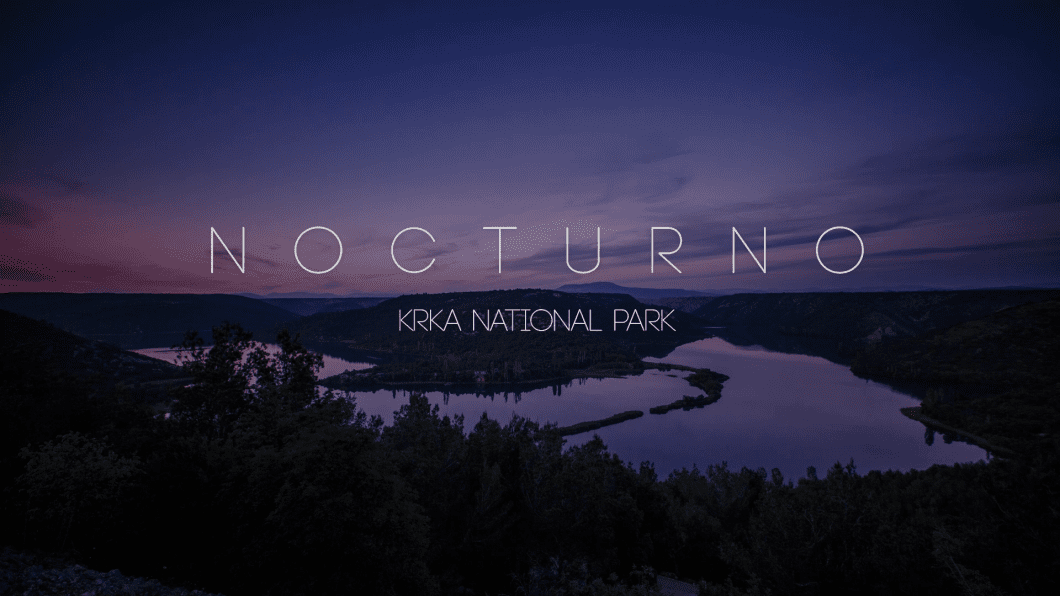 To celebrate its 32nd anniversary, the Krka National Park two years ago presented a promotional timelapse video that shows the Krka River in its full splendour.

Author duo Mario Romulić and Dražen Stojčić are behind the video called “Nocturno Krka” and it was shot in beautiful locations around the Krka National Park. The authors have found inspiration in the rarely seen nocturnal scenes of one of the most beautiful Croatian national parks.

Illuminated only by the light of stars and the moon, the famous Krka waterfalls look truly magical.

– Krka waterfalls don’t need special introduction, each year they attract many visitors from Croatia and abroad and are certainly well-known to nature lovers. However, there is one side of Krka which is not often seen and that is the night. When the tourist crowds disperse and the park is empty, there is only an imposing nature, the sound of waterfalls and orchestra of crickets. This rarely seen side of Krka is exactly what we wanted to show in our film.”, say Romulić & Stojčić.

Some 220,000 photographs were produced to make the film, with about 70,000 used in the film. The material was recorded in all seasons over a three-year period, and processing the photographs took six months.

It is interesting to stress that all the night-time photographs were taken exclusively in the moonlight, to depict the Krka River, unburdened and alone in the silence, under the vast starry sky. In the river, the rough karst and living waters come together to form a harmonious whole, leaving us breathless at the sight, and making all those who love nature and the Krka, and all future visitors, fall even deeper in love with the river.