UNION OF SOUL, BODY AND NATURE 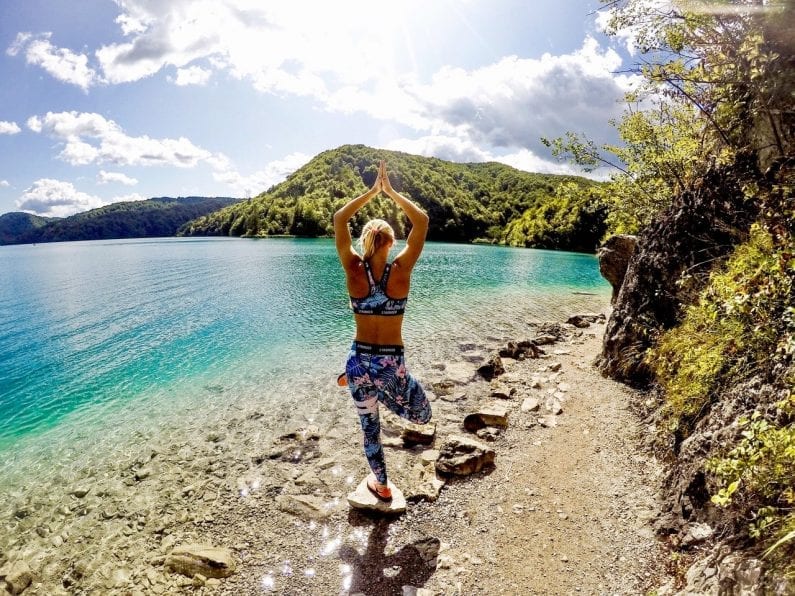 Markéta Stránská from the Czech Republic is a student that loves traveling, photography and yoga, and she combined all of that right here at Plitvice Lakes! This soon to be yoga instructor visited Croatia last year and saw an advert for a trip to Plitvice, but at the end did not have time for a visit. This year, she made sure that mistake does not happen again. When we saw her, we just had to ask about her experience.

“Plitvice remind me of paradise on Earth. Blue water, singing birds, the sounds…” “I’ve never seen such a magical place, the beauty of the nature is amazing. The Big waterfall was decorated with a beautiful rainbow and I felt like in a fairy tale. But not everything was so great, there was too many people. But I made a visit in September so I understand – in such a beautiful place there will probably be a lot of people.”

As a yoga professional, she found some special locations…

“Plitvice lakes have a beautiful landscape that combined with yoga create great harmony. It is a union of soul, body and nature. If I had to assign a Yoga position for Plitvice it would probably be a ‘chakrasana’ -position of the bridge. It stretches the energy path with the same force as the water in the waterfalls.” She was in different places but admits – nothing like Plitvice. She fulfilled her dream and is an inspiration for us, so we will probably try some of this positions!