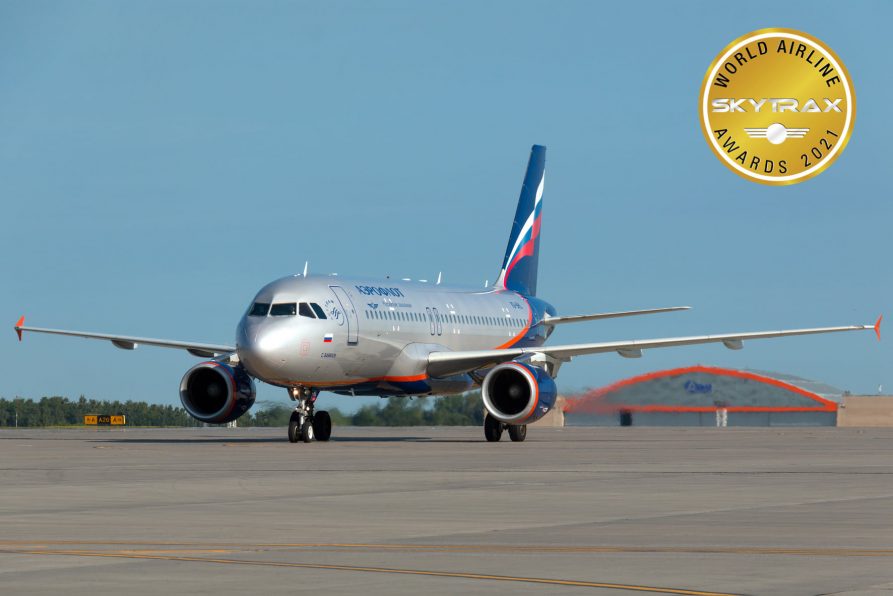 Aeroflot has again been recognized as the Best Airline in Eastern Europe at the Skytrax World Airline Awards. Aeroflot scooped the title for the eighth time in a row, and for the ninth time overall.

Known as the Oscars of the aviation world, the World Airline Awards are handed out annually by Skytrax, the leading global authority on airline and airport service quality. Ratings are based on the world’s largest passenger satisfaction survey.

Due to the pandemic-induced long-lasting crisis in global aviation the online survey operated for almost two years: from September 2019 to July 2021. Over 100 customer nationalities participated in the survey, with more than 13 million eligible entries counted. Online voting was available in English, French, Spanish, Japanese, Chinese and Russian. More than 350 airlines were featured in the customer survey.

Mikhail Poluboyarinov, CEO of Aeroflot said: “Amid the difficult situation in global aviation confirming our consistently high status at the Skytrax World Airline Awards is a great honour and a sign of the airline’s strong rebound in the global market. Despite the challenges, we maintain our position as a key player in the macroregion, deliver premium-level service and ensure flight safety during the pandemic. Our passengers have recognised our efforts. We thank those who choose Aeroflot for their flights in Russia and all over the world.”

Commenting on the Award, Edward Plaisted, CEO of Skytrax said: “Aeroflot continues its success in being named the Best Airline in Eastern Europe, and performed well in the overall global ranking once again being ranked in the top 25 airlines worldwide and No 4 in Europe. Aeroflot has positioned itself as a preferred passenger’s choice, not only in Russia and East Europe but as a major player in the overall European market.”