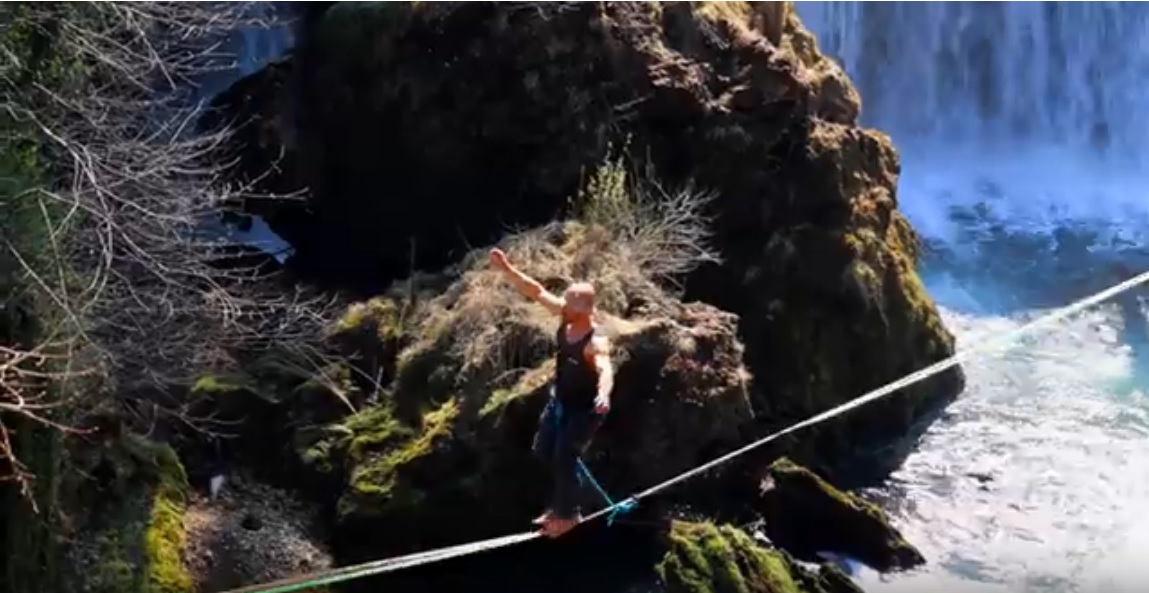 In the last couple of months, people passing through Slunj often stop to watch a strange event in the sky – tightrope walker crossing the river Korana canyon.

We already reported about him as he reminds us of some sort of a Superman walking on a high wire suspended about 20 meters high. Beautiful and scary at the same time…

The young adventurer who is maintaining balance while walking along a tensioned wire is Darko Matešić, and he is originally from Slunj. You can see him often at the same place, practising his unique skill.

“Our lunch break in Rastoke! We saw also slackline walking. This is one reason why to avoid highways!” he says.