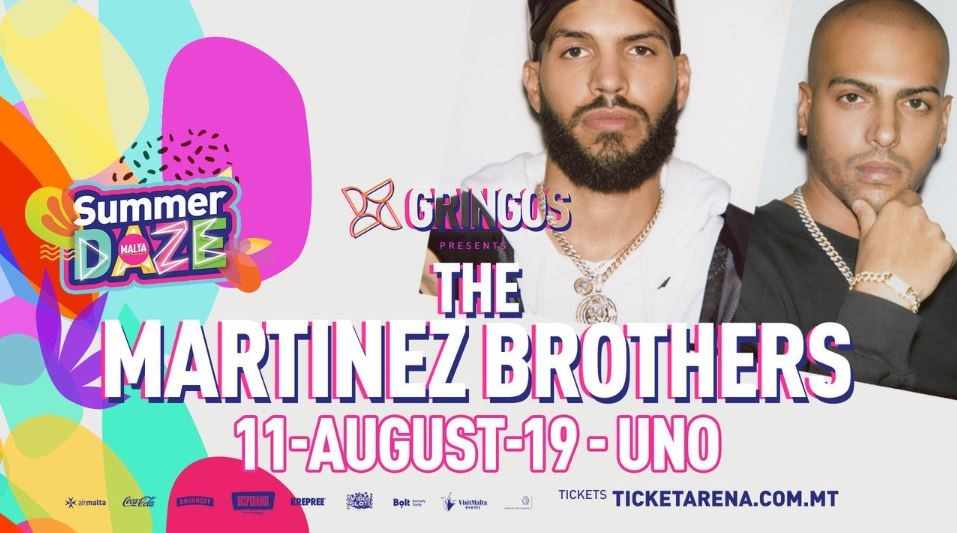 Gringos Malta have announced the 2019 line-up for this year’s residency at Uno, Malta’s biggest open-air club.

Running on Sundays between 6th June and 20th September, the event series combines local electronic talent with some of the world’s biggest DJs, with the likes of Marco Carola,The Martinez Brothers and Camelphat all locked in to play.

The opening party sees Gringos resident and Malta native Carl Bee take the reins, followed by chart-topping, Grammy-nominated duo Camelphat on 23rd June. ‘Emotional techno’ figurehead Kolsch comes to Uno Malta the following month on 28th July, with Ibiza favourite Marco Carola making the trip across the Mediterranean on 4th August. Brooklyn-born house duo The Martinez Brothers then step up on 11th August, ahead of Deborah De Luca on 25th August and a very special, soon-to-be-announced guest to round off proceedings on 8th September.

Secondcity, GW Harrison and a slew of local residents will also perform across the summer, as Malta establishes itself as one of Europe’s rising Party Island. The tiny Mediterranean nation has already hosted AMP Lost & Found festival this year, with ABODE on the Rock and Summerdaze Malta further cementing its position on the dance music map.

One of the longest running Maltese dance music events, Gringos Malta again brings an array of world-class DJ talent to the island this summer.

Gringos Malta will start from 6th of June till 20th of September at UNO (Malta) , Ta’Qali, Malta

For more information on Gringos Malta.