How to see Croatia by train 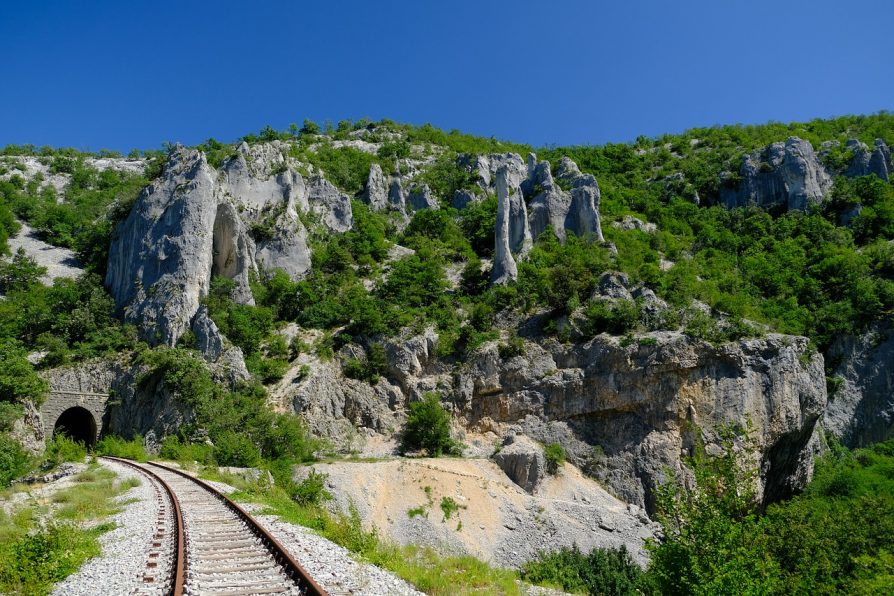 Croatia is a beautiful country and its popularity is only increasing year on year, with holidaymakers flocking there for the crystal-clear water, expansive history and natural beauty. With so much to do, it can be tempting to remain in one place, especially for those who like to spend their holiday topping up their tan with a good book in hand.

For most of us, the idea of travelling by train on holiday is restricted to travel from the airport to our hotel. But travelling by train can be a great alternative that allows you to take in a multi-destination experience. It’s more sustainable than driving, too – if you have the time, why not consider going all in and travelling to Croatia by train, rather than flying? Geographical and time restrictions clearly apply, but if you do have the time it can be a great option to help you unwind into your trip. You’ll be surprised at the price, too – train travel is relatively cheap in Croatia.

Here we round up some train travel inspiration to get you started.

With airports at both Zagreb and Split, this journey can be completed in either direction. A coastal city, set with a backdrop of azure blue water and mountains, Split is full of activities for the culture-loving holidaymaker, and is home to the Unesco World Heritage Site of Diocletian’s Palace.

Zagreb is also a top spot for culture, boasting more museums per square foot than any other city in the world. Walking tours are also available for those who prefer to spend their time outside, seeing the city with a knowledgeable local guide.

The trip between Split and Zagreb takes approximately six hours and is direct.

The city of Pula sits on the coast of Croatia, on the southern tip of the Istrian Peninsula. It’s a great place to visit if you enjoy seeing Roman architecture, as it’s home to an amphitheatre, which is the sixth largest in the world. It’s also a key spot for the foodie traveller as well, as it is considered an up-and-coming winemaking destination due to the mild climate. The food is heavily influenced by Italian cuisine, as the Istrian region was governed by Italy until 1947.

Rijeka has primarily acted as the gateway to Croatia’s islands in the past, but the selection of this city as a European Capital of Culture in 2020 meant that it came onto the travel destination radar in its own right. The best time to visit is February, where the Rijeka carnival takes place, with brightly coloured floats and masked figures dancing down the streets, and plenty of parties. The biggest event so far has attracted 100,000 people, so it’s a sight to behold.

Train travel between Pula and Rijeka takes around three hours, but some trains do take longer, so check before you travel. You do also have to change trains, so make sure you’re paying attention!

Trains are communal spaces, so they do tend to be dirtier than hiring a personal car. Make sure that you practice responsible tourism, and so pack hand sanitiser, and potentially a face mask. Also consider the amount of luggage that you’re taking – as a communal mode of transport, you might not be able to have your bags next to where you’re sitting.

Some train companies will give discounts to children, those under 26, or senior concessions. You can also buy e-tickets, meaning that you don’t have to leave time to get to the ticket desk, and know that the ticket is safely stored on your phone.

Whatever route you choose, make the most of your trip and the beauty that Croatia has to offer.