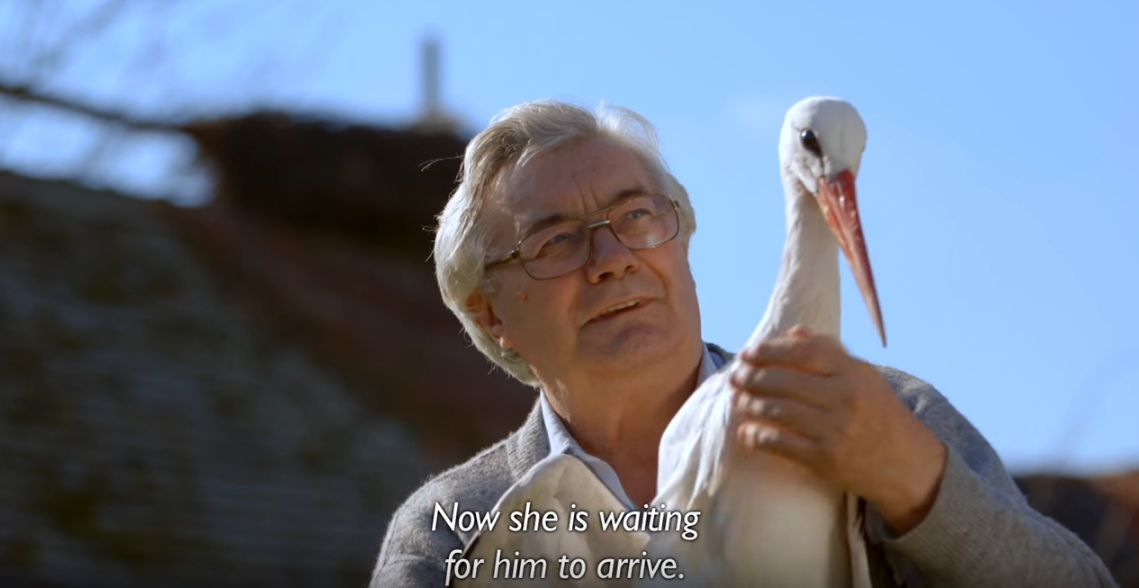 There are many inspirational and most of all romantic love stories, and there is one so special millions of people watch it on the live stream. It is one of Croatia`s most romantic love stories, so let us introduce you to the couple called Malena and Klepetan, and the man taking care of their love for many years.

Stjepan Vokic has been taking care of a stork called Malena for the last 25 years after a gunshot wound made she could no longer fly. Stjepan found her, named her Malena (the little one) and ensured she has a safe place to live.

He built her a nest on top of his house in Brodski Varoš, Croatia and thought it would be just him and Malena in the team.

But then, ten years after he found her, something unexpected happened.

Fifteen years ago suddenly came a male stork called Klepetan who became Malena’s mate. He was returning from Africa for the spring and they became a family. Fifty-nine young storks have set off into the world from their nest.

He joins the family during the warm summer months but migrates away for the winter leaving Malena behind until he returns the following year.

Every spring Malena and Stjepan wait for him to return and so does the rest of the country. Klepetan flies over 8000 miles to be with his injured soulmate as storks mate for life.

“When he`s leaving he stands in the corner for three days, turning his back on her. Then she mourns for another ten days so I take her in the car to the meadows for fishing, to take her mind off it. Then she accepts it and we can spend the winter together”. said Stjepan for BBC Travel Show.

Their love is unbreakable, and their story one of the most touching examples of animal commitment in the world. Malena and Klepetan have become a symbol of marital happiness and mutual care. Every year, thousands of people eagerly wait for the birds to meet, and once again remind us that true love and beauty still exist.

Klepetan is now in Africa and we will all be waiting for him to come back next spring to his loved one.