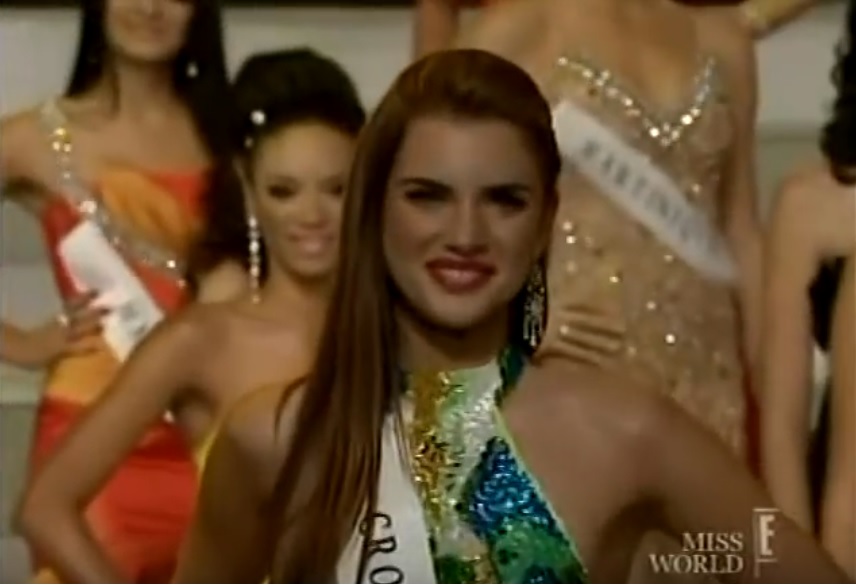 Miss World 2008, the 58th edition of the Miss World pageant, was held on 13 December 2008 at the Sandton Convention Centre in Johannesburg, South Africa.

112 beauties from all over the world competed for the crown, among them Josipa Kusić, representative of Croatia with a very special dress. Josipa`s stunning silk dress was called “Plitvice” and designed by Vesna Pretković. The talented designer was inspired by a recent trip to Plitvice she had with her family. “As soon as we came to Plitvice I knew sixteen lakes will be the theme for the dress. First I bought 20 meters of silk, and as time went by I realized that I needed more. The silk was handpainted, and it took me four days to finish.”, she said for Index.hr.

Miss World 2008 contestants were judged based upon the criteria of glamour, beauty, intelligence and poise.

Josipa made it to the semifinals (Top 15), but unfortunately, she did not win the crown.

Zhang Zilin of China crowned Ksenia Sukhinova of Russia as the new Miss World, the second runner-up was Gabrielle Walcott from Trinidad and Tobago and the first runner-up Parvathay Omanakuttan from India.

The Miss World pageant is the oldest surviving major international beauty pageant created in the United Kingdom in 1951.