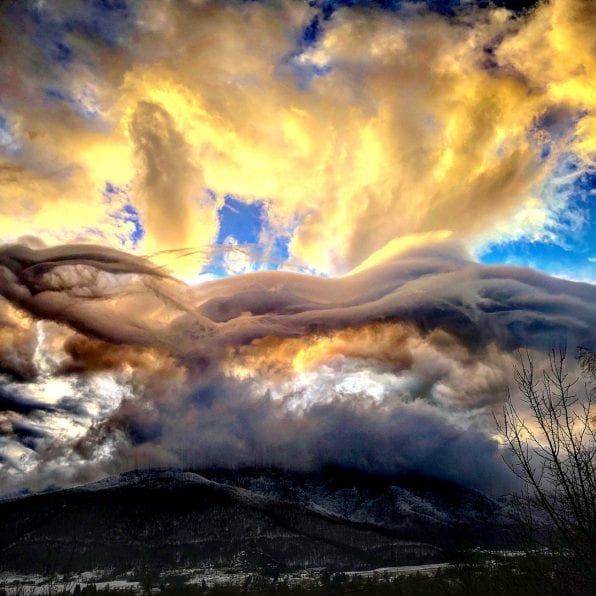 There is nothing more beautiful than a sky after a snow storm!

Did you notice that in the moments after a snowstorm ends, leaving behind a landscape shrouded in white, the great outdoors often becomes noticeably quieter?

As it turns out, there’s a scientific reason behind the calming silence, with the characteristics of snow playing a big role in how sound can travel. When light, fluffy snow accumulates on the ground, it acts as a sound absorber, dampening sound waves much like commercial sound absorbing products.

Just like after a recent snow storm in Korenica and Rakovica. Surreal photos by Jure Anić letf us speechless! Sometimes we just must stop looking down, and look up in the sky. Because there is often a true masterpiece above us.