In the night of 14th to 15th of March 1912 occurred one of the biggest nautical catastrophes in the history of the world. On its first journey from Southampton... 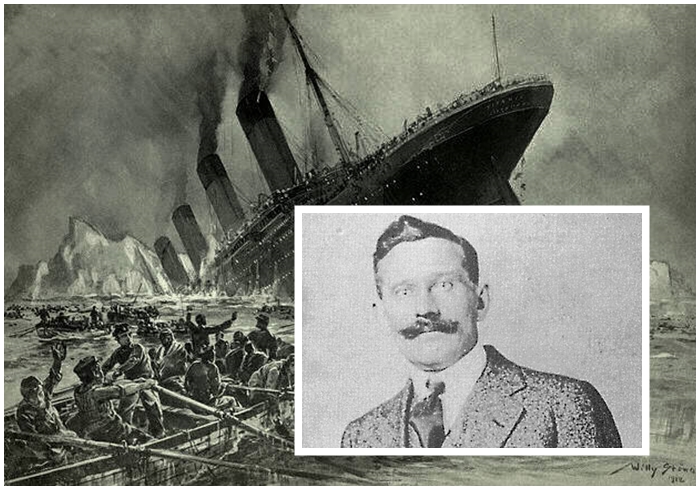 In the night of 14th to 15th of March 1912 occurred one of the biggest nautical catastrophes in the history of the world.

On its first journey from Southampton to New York City, after striking an ice berg, sank the famous British passenger liner, Titanic. Out of 2.223 passengers and members of the crew, only 705 people were rescued, one man from Lika found himself among them. Nikola Lulić was born on 24th of February 1883 in Konjsko Brdo, near by the town of Perušić. When he headed to The United States of America in search of better life opportunities, he was the age of 29 and that was his third trip to the promise land.

First time he decided to make the trip happened right after he was recruited for Austro-Hungarian miliary, which he deserted and second time around he decided to secure a better life for his family.

According to some sotires, in the act of deserting the military force, he stuck his gun in the sand, decorated it with his official uniform hat and ran. Along with Lulić, 17 other men from Lika started their jounrey towards USA, all who, just like him, wanted to secure a better life for their families. Having years of experience living in America and good knowledge of English language, Lulić was unofficial ‘tour leader’ for passangers from Croatia.

In return for helping to organise the trip and translation services, Croats payed Nikola’s ticket to The USA, which at a time costed 170 Swiss francs. There was 30 passengers from Croatia on Titanic and Nikola was the only man from Lika who survived the accident. All Croats on Titanic were poor 3rd class travelers who were placed underneath the shipboard. Nikola saved himself thanks to his resourcefulness and ingenuity.

Even though lifeboats were reserved for women and children, in the middle of the chaos Lulić grabbed the hat from one of the sailors and put it on his head, which resulted in him being confused for a crew member and addmited to the lifeboat.

After being rescued from Titanic Lulić found himself in America unemployed and with no money for returning. In order to survive, he hosted conventions throughout America, speaking about his experience from Titanic but he didn’t manage to make a lot of money due to his manager, who kept most of the earnings for himself.

To avoid being judged by the public because he abandoned the ship with many women and children left behind, he was telling slightly different story.

He was saying he saved himself by jumping in the ice cold water and swimming to the lifeboat with somebodies child in his arms.

At last Nikola returned to Croatia after the end of First World War where he spent the rest of his days living in Konjsko Brdo working in agriculture. His descendants say that he never liked to talk about the night in wich Titanic sank. He died in the age on 80 due to asthma consequences in the home of his youngest daugter. He is buried in the local cemetery of Perušić.