COLLECTION OF ARMS AND EQUIPMENT 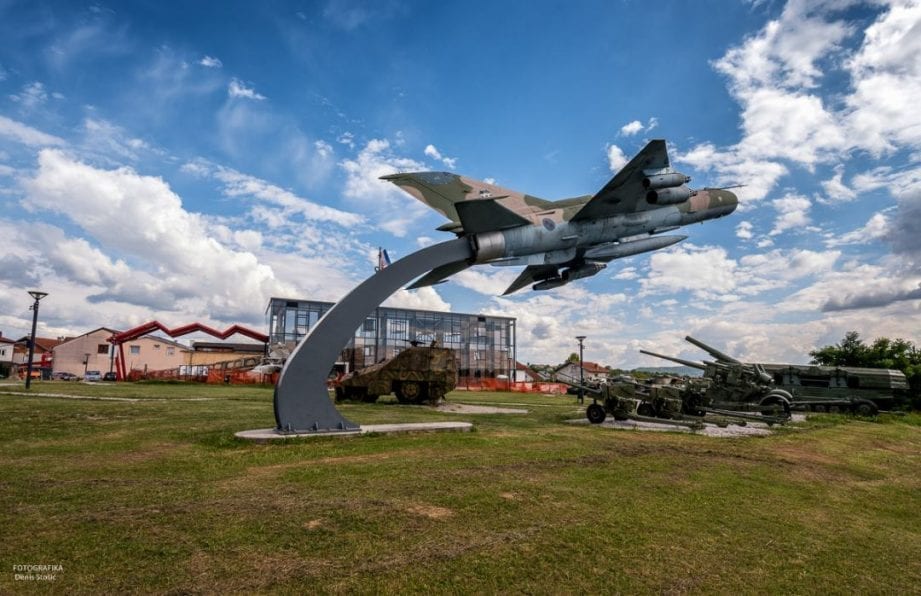 This Friday, the Homeland War Museum Karlovac was officially opened in Turanj, with the collection of the preserved Homeland War arms and equipment.

A collection of Homeland War arms and equipment in Turanj is an open-air museum, under the skies that remember all the wars in this area. And there were way too many wars. The history of Turanj is closely connected to the history of the Karlovac fort, as its outpost used to defend the Korana and Mrežnica bridges leading into the town. It was named after the ‘turans’, wooden guard towers erected along the Korana banks.

Throughout the history, Turanj has been a constant site of military and war activity. As the first entrance into the Karlovac area, with bridges over two rivers, it attracted both the welcome guest and the unwelcome ones. The latter caused problems from time to time. The Homeland War (or the Croatian War of Independence), hopefully the final war, will be remembered for a long time. As always, Karlovac citizens managed to defend their town. In 1991, Turanj once again became the centre of fighting.

A historic military buildings complex became the Croatian defenders’ strategic point, and one of them was colloquially named Hotel California (you can hear the story from its protagonists!). In this very building a future Homeland War Museum is being completed, with exhibits from the complete history of warfare in this area.

The wartime history here is very rich, just like the gained experience. The collection of exhibits connected to the tempestuous past is also bountiful. An old Latin adage says that ‘history is life’s teacher’. In this light, both Karlovac and Turanj are ranked very high on the war strategy knowledge charts.

Turanj was and still is the symbol of victory to the citizens of Karlovac. The sad wartime stories are intertwined with pride, while the exhibited military vehicles and equipment will serve as a reminder for the future.

Nobody conquered Karlovac by force, it can only be conquered with heart. Just as it was defended.