RETURN TO THE MIDDLE AGES 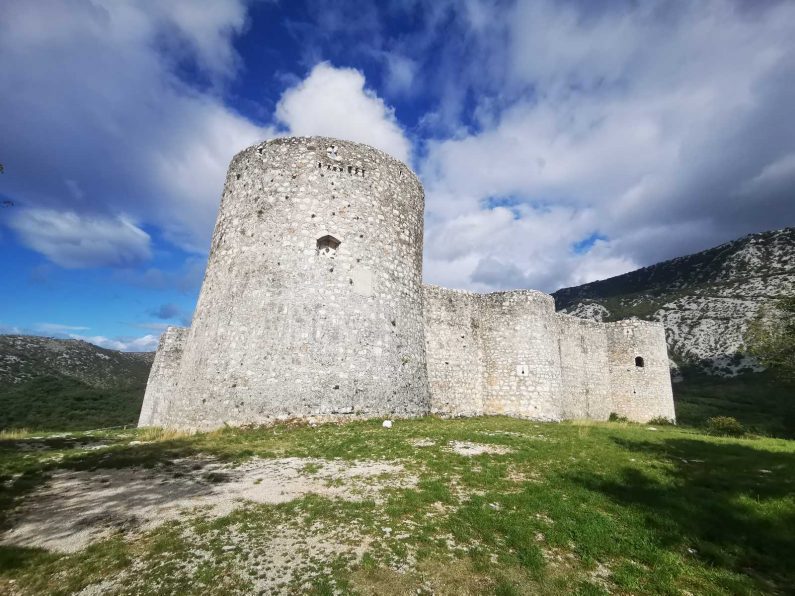 In the area of the former Vinodol principality, the princes Frankopan had built nine castles, and their representatives were signatories of the Vinodol Codex from 1288.

In today’s Vinodol area, there are still three of the nine existing castles – in Bribir, Grižane, and Drivenik, and another one, dating back to ancient times – Badanj.

The castle of Drivenik is the most preserved and the most attractive castle of Vinodol, which is, along with St. Dujam’s and St. Stephen’s Church, situated on the hill overlooking the Tribalj Lake.

The citadel of Drivenik is uninhabited; all inhabitants moved to the foot of the hill. On the hill remained a lonely castle from the 13th century.

Once upon a time, the castle of Drivenik was entered over a mobile bridge built over a dug-up moat filled with water. Great castle in the shape of a square was defended by high walls and four round corner towers, as well as a semicircular bastion.

Wooden corridor built for defense purposes was located in a high place around the walls. At the end of the corridor was the door which led into corner towers, and the stairs from the towers led into the inside of the castle. Within the castle there were tenements, magazines, basements and a water tank. Drivenik is mentioned in Vinodol Codex dating from 1288 – the signatories of the Codex were, among others, people of Drivenik.