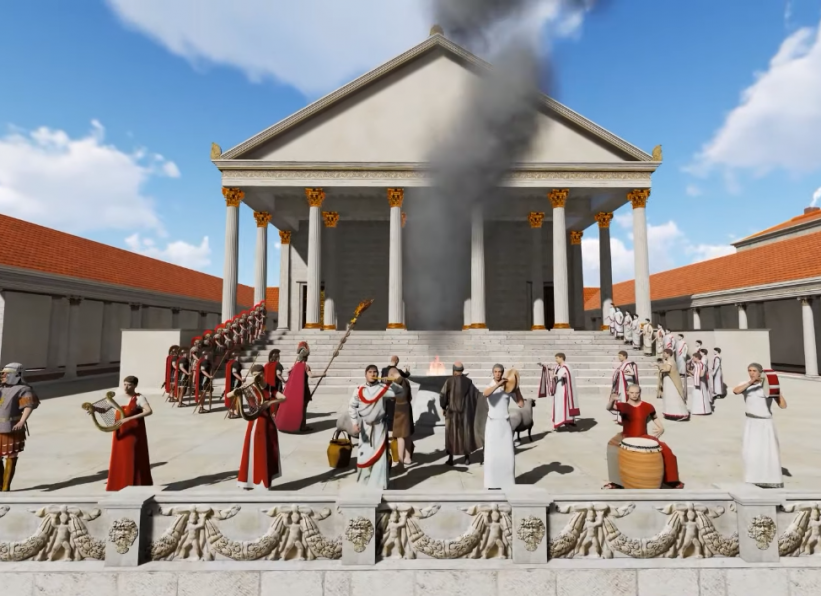 Pensioner from the town of Opuzen revived Zadar during the Roman Empire.

After six months of intensive work on three-dimensional modelling (3D), the public was finally introduced to a ten-minute animation of the appearance, architecture, urban structure and life in the Roman Iader, or ancient Zadar.

The authors of this inspiring work are Stipan Ujdur from Opuzen, who made the 3D model and video animation, and Frane Bilić from Zadar who was the initiator of the making of the 3D model of ancient Zadar. Mr Bilić will also program applications for smartphones and VR glasses at his own MediaUp studio, which will wrap the animation project of the Roman Iader up.

“The model was made as authentic as possible according to the original Iader of the Antiquity. This job was really difficult because I had to search the foreign archives for everything about ancient Zadar. Working on 3D modelling took a full six months, daily and painstakingly, and it was such an exhausting experience that I would never repeat a project like this again. But since I am retired, I have enough time for education and modelling,” says Ujdur, a retired accountant and self-taught 3D model maker, who has already complete projects of video animation of the Diocletian’s Palace, ancient Narona in Vid near Metković, and Renaissance Dubrovnik before the 1667 earthquake.

Ancient Zadar is the fourth project by Ujdur in a series of three-dimensional modelling of Dalmatian cities from different eras.