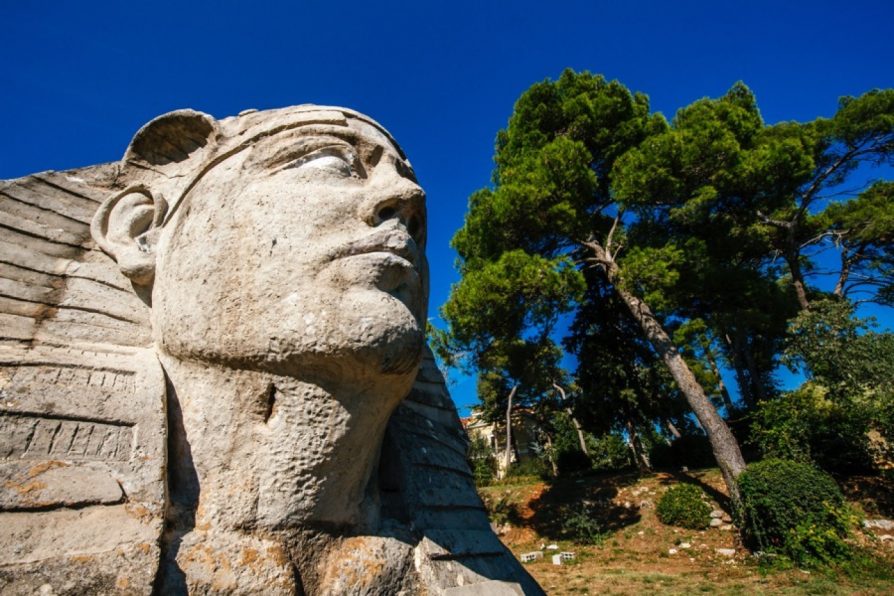 On Monday, exploratory archeological works began on the Zadar Sphinx, which are organised by the City of Zadar as part of the implementation of the RECOLOR project (Reviving and EnhaCing artwOrks and Landscapes Of the adRiatic), Grad Zadar reported.

Devastated by the pain because of the premature loss of his wife Attilia, the famous Zadar citizen Giovanni Smirić in 1901 built a sphinx made of concrete in her honour. It can be found in the part of the city called Brodarica, within the space of the Villa Atilia and the park in the bay Maestral, and according to a legend it fulfills love wishes to romantic souls.

The replica of the Egyptian Sphinx in Zadar had the relief of an eagle. Instead of claws it had fingers with which it was once holding a big sword for the protection of a shell with a little fishpond.

The stories about the sphinx in Zadar and the treasure burried under it were the inspiration for many fantasies of generations of Zadar inhabitans.