The story of how Otočac got its name

ISLAND IN THE HEART OF LIKA 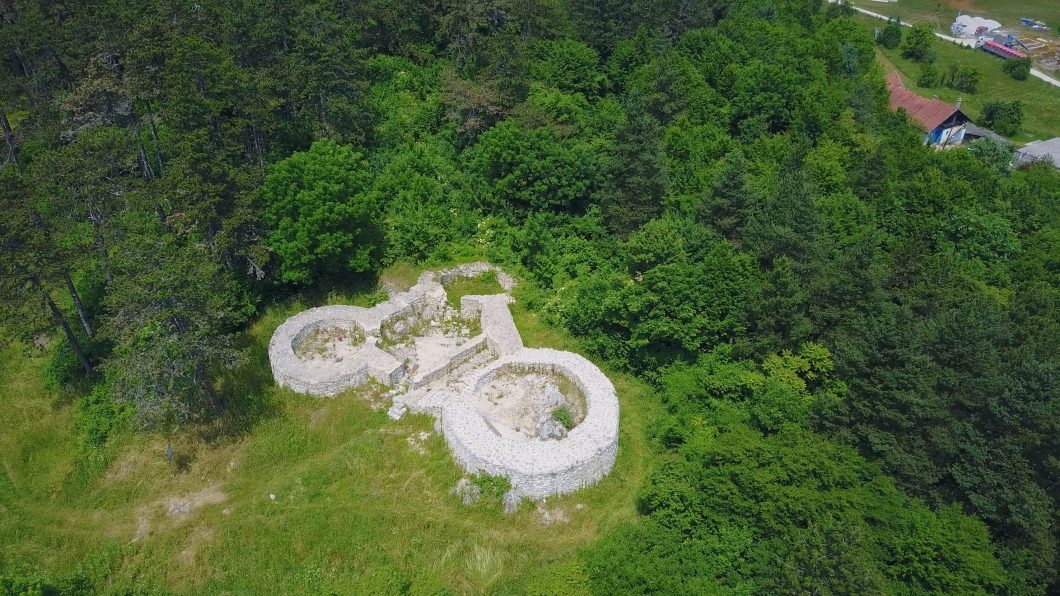 There is an interesting story behind the name of Otočac, city in Lika located in the valley of river Gacka. Name of the city preserved the memory of one island, thanks to which Otočac survived to this day.

The word Otočac in Croatian language literally means “small island”. One may wonder, what does Otočac have to do with an island? In order to find answer to this question, we have to back to 17th century when province of Gacka found itself in the first line of defence against the Turks. After they conquered greater part of Lika and Krbava, Turks were stopped on the border of Gacka valley.

Turks never managed to conquer Gacka thanks to the military crew of Otočac captaincy, they were staying in former fortifications of noble family Frankopan. The most important fortress, after which the captaincy was named, was the fortress on river island called Otočac.

Invincible fortress on the island

Hard to imagine nowadays, in history Otočac was located on a natural island, in the middle of the Gacka river expansion. It was fortified with strong walls that created the shape of irregular heptagon that had six towers on the outside wall and one squared tower on the inside.

In the water and sludge right under the wall of Otočac, there were numerous huts, small houses built on thick pillars in the water. Many of these huts, housed soldier’s families. Citizens of Otočac used boats to go from one house to another, so Otočac seemed like a small version of Venice.

Thanks to this ideal strategic position on the island, surrounded with water and thick walls, Otočac was almost invincible fortress that stopped the passage of Turkish conquerors towards the Senj and the coast, for multiple centuries.

At that time Fortica was established, fortress which remains you can still see today on the hill of the same name, right above Otočac. Building of Fortica was influenced by Senj uskoks, that were transfered from Senj to Otočac.

Uskoks were afraid that if Turks conquer Otočac, their Senj would follow, therefore they joined forces with people in Otočac. In the year of 1619 together they built a brand new fortress they named „Fortica“, after Italian word „fotrezza“, which means – small fortress.

Around the middle of the 18th century, after danger of Turks has passed, Otočac started to develop outside of their city walls. After becoming headquarter of regiment of Otočac, empress Marija Terezija made it into a big merchant city in the year of 1746. Over time many land reclamations of Gacka river were done and Otočac started to look the way it does today. Only reminder of turbulent past of former fortress, on the island in the middle of the river Gacka, remains the name – Otočac.