This island can only be reached by the love boat!

Due to its unique shape, this heart-shaped islet in the northern part of the Pašman Channel is called the “Island of Love”. It is mainly visited by “lovebirds” and... 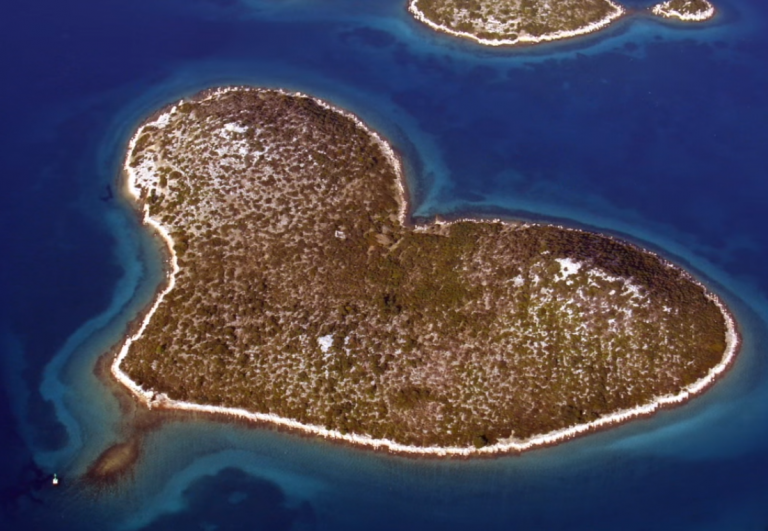 Due to its unique shape, this heart-shaped islet in the northern part of the Pašman Channel is called the “Island of Love”. It is mainly visited by “lovebirds” and those who say their fateful “I do” and then metaphorically sail off into the sunset.

Although tiny, the island of Galešnjak stirs great attention from both the domestic and international public.
It all began when Google Earth proclaimed it one of the few natural heart-shaped phenomena, then it went on to appear on ABC and CNN, and a few years ago, Huffington Post declared it the sweetest island on earth. Although its fame is attributed to Google, historical data shows that its interesting shape was noticed by Napoleon’s cartographer way back in 1806.

Its proximity to the mainland makes this island a desirable destination for many. The easiest way to reach it is by boat from nearby locations, while those slightly more courageous can reach it by paddleboats or even swimming.
The island is uninhabited therefore making it an excellent choice for those seeking to enjoy untouched nature and an emerald blue sea. Whether you are the active type or would rather spend your day relaxing on one of the many pebble beaches, Galešnjak on its mere 132.000 m2 offers something for everyone.

Most visitors come to the island to spend the day swimming, picnicking, and relaxing, but if your adventurous spirit won’t give you peace, we have a solution for you. If you’re up for it, try staying up all night under a starry sky and welcome the dawn in good company.