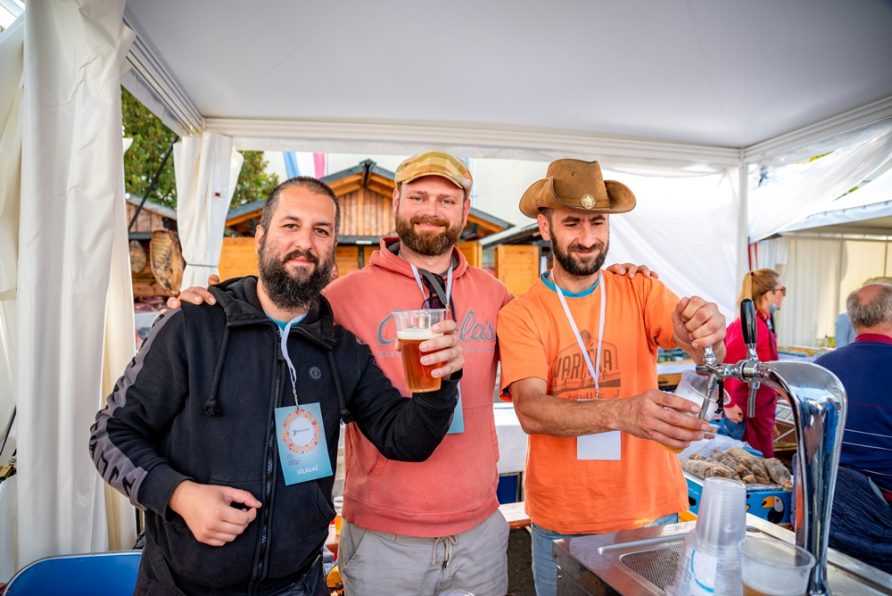 Varoš brewery is a small local brewery that has been operating in Zadar since 2016.

Beer lovers could meet them at numerous fairs and festivals throughout Croatia. This year they presented their products for the first time at the traditional exhibition Autumn in Lika.

“Although the prevailing opinion is that craft is a bitter and aromatic beer, we do not make beer that is too bitter. In Dalmatia, the palate is not so much used to bitter beers, so we adjusted to local demand”, brewers Marko Jukić and Jurica Tomić told us.

Ćakula is one of the most popular beers in their brewery. This light blond ale beer has 5% of alcohol.

Extremely mild taste, ideal for all those who like beers that glide easily down the throat.

“It’s neither too bitter nor too sweet, everything is very balanced in it,” the boys say.

Bonaca (calm sea with no wind), on the other hand, is a Belgian blonde – a light Belgian-style beer dominated by fruity notes of apricot and peach. 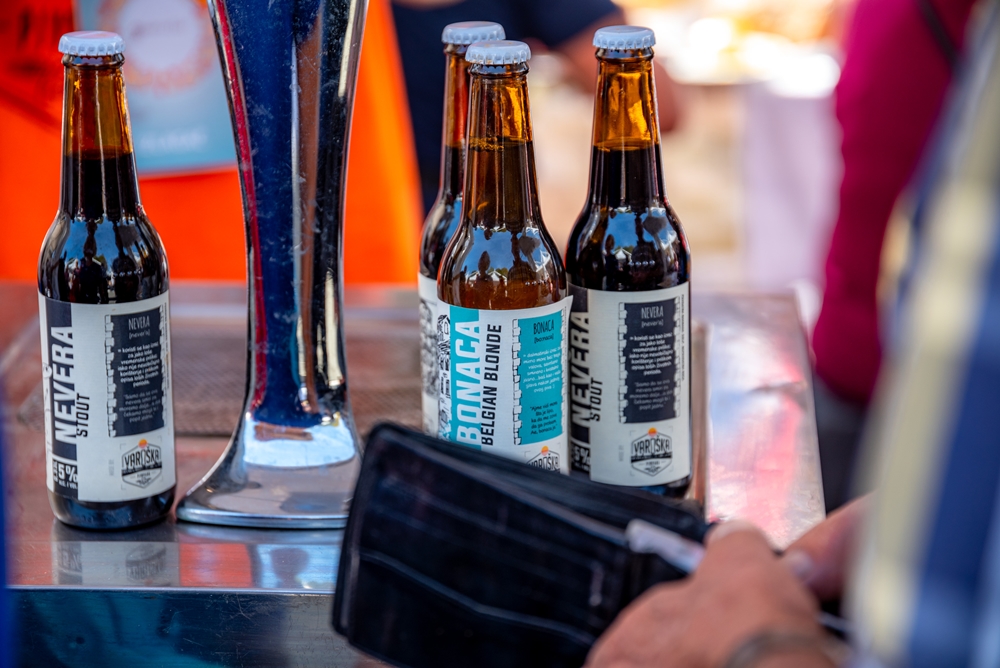 “Very light, drinkable, soft beer. You need to be careful with it because it has 7.5% of alcohol. After 3 drinks, it relaxes you, really relaxes – that’s why we called it Bonaca “, said the guys who won a bronze medal with Bonaca at a brewing competition.

The third beer in the permanent display of Varoš brewery is Nevera – black “stout” beer with 5% of alcohol.

“There’s not a lot of alcohol, but that’s why it has a lot of flavors – chocolate, coffee and cappuccino are the predominant notes.”

What sets Varoš brewery apart from other craft breweries is their production of seasonal beers, which have a different recipe each time. 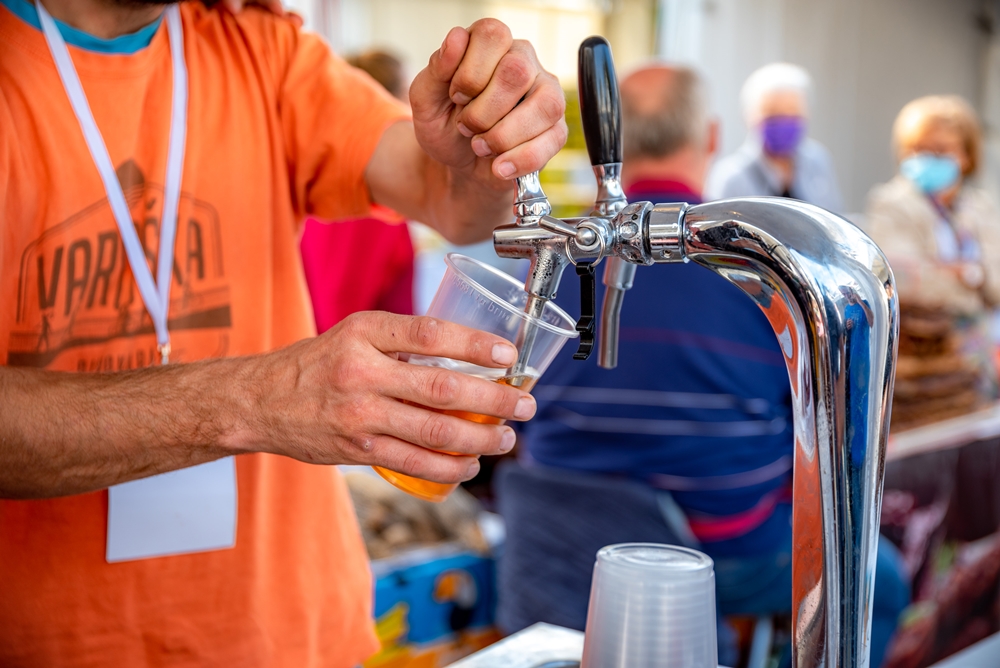 As the seasons change, so does the food and mood. Therefore, why not change the beer we drink at some point throughout the year, the guys say.

“We have beers with less alcohol and more floral, fresher aromas in summer. In winter we make beers with more alcohol, darker notes, darker aromas like dried fruit, chocolate, etc. “

Kontra is the seasonal beer “Quadrupel” style, which has 10.5% of alcohol. It is characterized by notes of dried fruit, figs, plums and raisins. Also, this year they offered beer with homemade cherry maraschino and wild yeast.

“It has 3.5% of alcohol, it is sour and very refreshing. Another sour and salty beer with spices will be released soon “, the boys announce.

Apart from festivals all over Croatia, you can find a rich assortment of Varoš brewery beers in their tasting room in Zadar at Zrinsko-frankopanska 12.

You can also order Ćakula, Bonaca and Nevera through the Gastro shop “Pomalo” which delivers in the area of Zagreb, Split, Dubrovnik and Makarska. 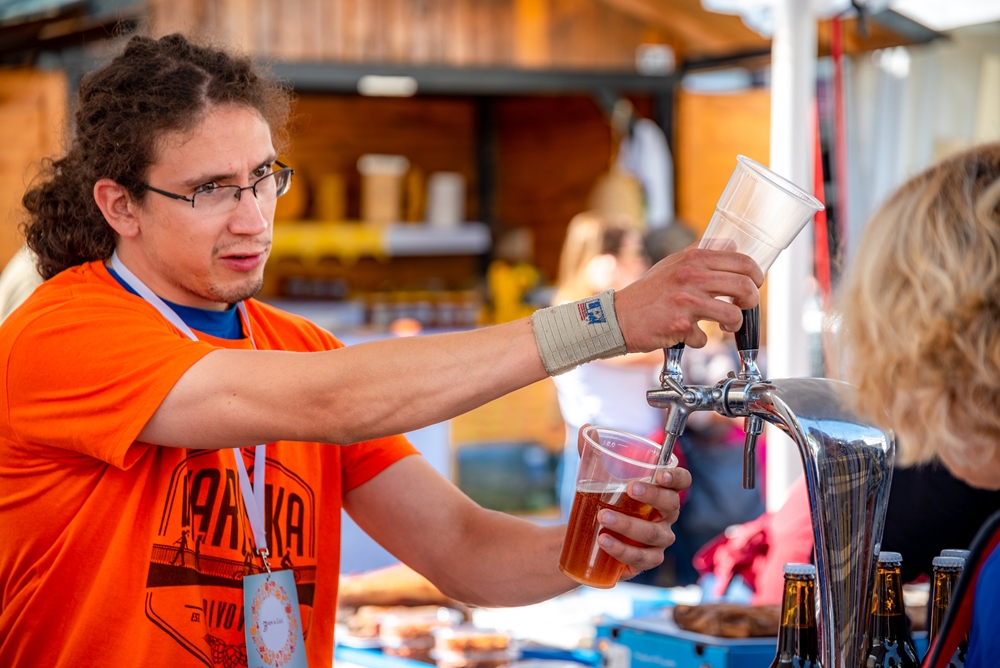 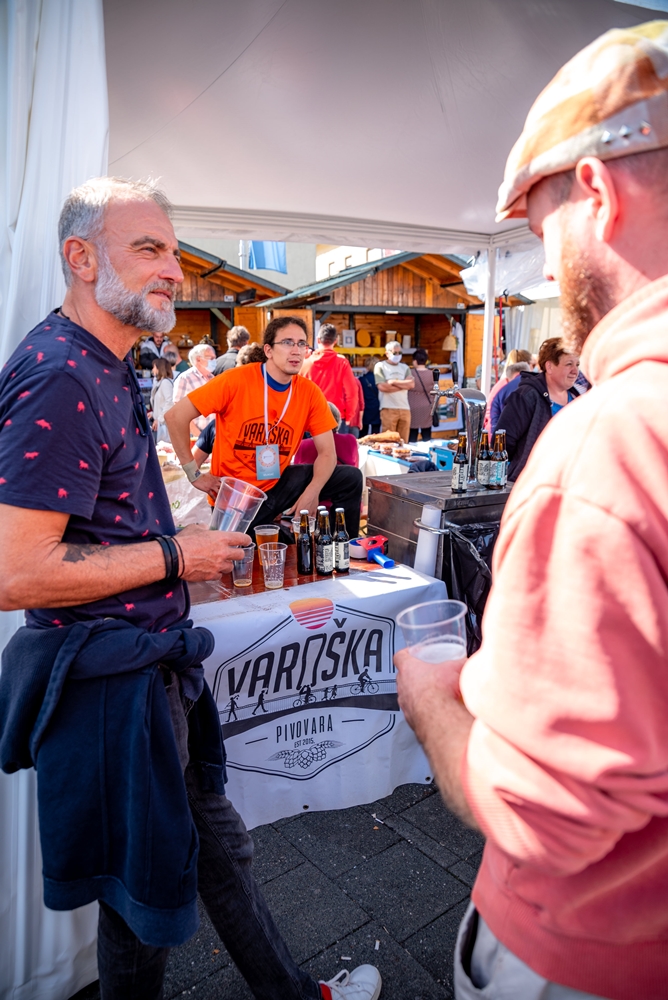