VIDEO Trešnjevka Market, one of the most picturesque places in Zagreb, can be seen now in virtual reality VR 360 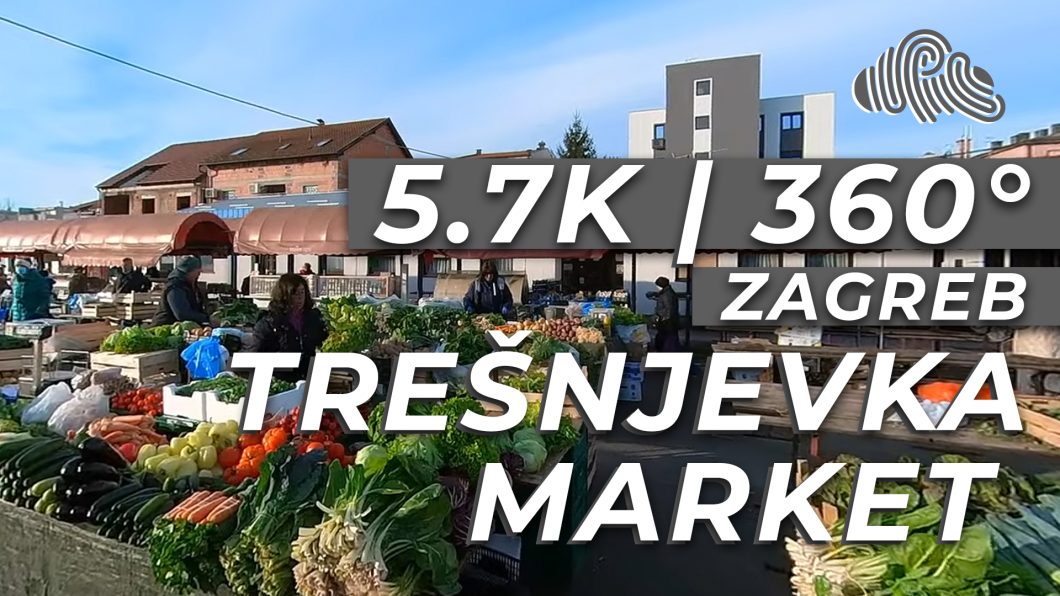 Like most Zagreb markets, it opened in the 1920s. It was the time of the first urbanization of the eastern part of the Trešnjevka district. Urbanization resulted in workers’ quarters and modest housing of Zagreb workers’ growth.

Why is it called “Trešnjevka“?

Trešnja means cherry in Croatian. According to a legend, it all started with a cherry tree under which food producers from nearby suburban villages gathered to sell domestic products to workers. Trešnjevka square, as a favorite neighborhood gathering place, grew together with its inhabitants after it had been recognized formally as one of the city’s markets in the 1930s. Trešnjevka blossomed over time: the park was arranged, the first constructed building on the square was a fish market and at the end of the 1950s the building of the NAMA department store was built.

Its appearance in a traditional open-air market, with stalls selling fresh fruits and vegetables, meat, flowers, homemade cheese and honey, has not changed for decades. Many resent it as one of the oldest fashioned in the whole city. However, a walk through the Saturday bustle and irresistible variety of smells and tastes will reveal why it was and remains the informal and favorite center of this part of the city.