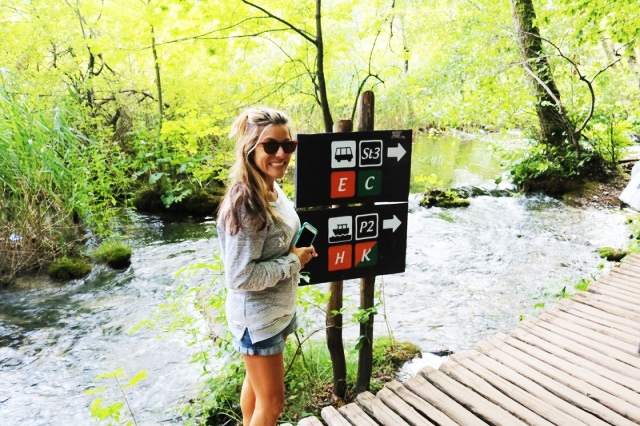 “Most people know the image before the name, and nearly everyone who has a travel-inspired Pinterest board has pinned an image of this incredible lake system in Northern Croatia. The UNESCO World Heritage Site is a spectacular locale which draws tourists from around the world, and in September we were two of the many visitors that trickle in to explore for the day. While the lakes actually only account for about 1% of the park’s total area, they’re the primary draw for visitors to Plitvice.

We started in Split, where we had spent two days exploring, and rented a car with Sixt Car Rental so we could zip up through Northern Croatia and Slovenia. For those doing the same, plan on between three and four hours for your drive, and be sure to opt for the GPS. Believe me, it’s always worth it. We also arranged for a wifi hotspot, which was a great addition for helping to research destinations, discover nearby restaurants, etc. while we were on the go. While on the motorway, you’ll see signs to Plitvička Jezera, the local moniker for Plitvice Lakes National Park.

For independent travelers, driving really is the best way to reach the park. Rentals are generally affordable in Croatia, and allow the flexibility to explore other parts of the country at leisure. Organized bus tours from Zadar, Zagreb, Split and other hubs are also available for those that prefer a group setting. If you’re leaving from Zagreb, there are public buses that will get you to Plitvice (about two and a half hours), though I’m not sure where they drop off in relation to the park entrance.”