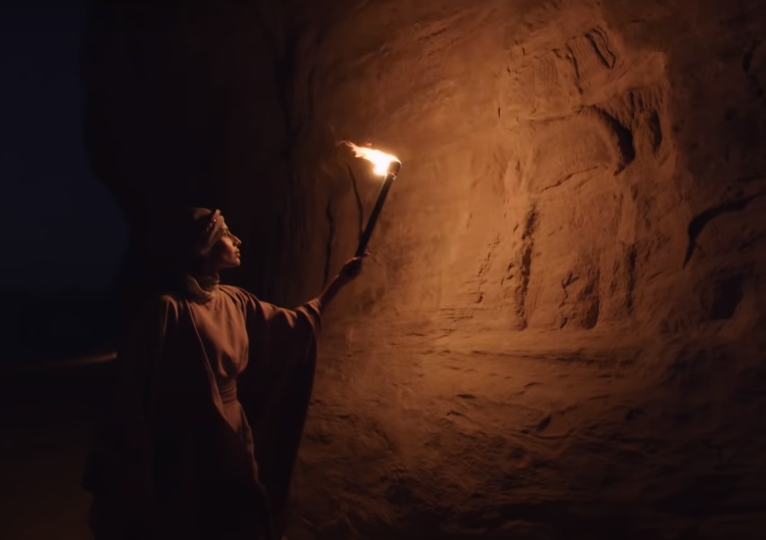 The first ever destination brand campaign for AlUla, the heritage and culture centrepiece of Saudi Arabia, was unveiled today.

The campaign, developed by the Royal Commission for AlUla (RCU) with creative partners Leo Burnett, includes a 90” film directed by renowned cinematographer Bruno Aveillan and a suite of digital assets under the concept of The World’s Masterpiece.

In what is hoped will be a year of travel recovery, AlUla’s new brand campaign is targeting domestic travellers and aimed at deepening the Kingdom’s pride and affection for AlUla as well as ultimately increasing intention to visit.

‘The World’s Masterpiece is a play on both the skilful artistry of ancient civilisations who carved elaborate artworks into the rocky outcrops, as well as the pure and unspoilt beauty of the geological rock formations and landscapes sculpted by nature,’ said Phillip Jones, Chief Destination Management and Marketing Officer, RCU.

AlUla is the first of the significant Saudi Vision 2030 initiatives to welcome visitors, having re-opened key heritage sites to visitors in October 2020 as a new year-round offer.

‘We know Saudis love to travel and we hope this campaign will inspire many of them to appreciate a must-see destination, a world masterpiece, closer to home.’

‘Our heritage sites are now available all year-round and with new hotels, restaurants and adventure experiences including trails, bikes and buggies coming throughout 2021 we encourage visitors to book ahead, think about mid-week and plan to stay a few days,’ said Jones.

The campaign was conceived by RCU’s GCC region creative agency, Leo Burnett, and directed by Bruno Aveillan. Born in Toulouse, Aveillan is one of the most distinguished and sought-after commercials directors in the world today. He was immediately creatively and emotionally inspired by AlUla and sought to convey that feeling through the film.

Aveillan said, ‘It was such an honour and privilege to work on this project. An historic and important destination as this needed the appropriate gravitas. We wanted to convey feelings of nostalgia and the emotion of seeing the destination for the first time. AlUla is a unique place in the world, we needed to make the first ever destination film with a style that no other place could imitate.’

It is hoped that the campaign will help to achieve RCU’s visitor projections of 90k for 2021 and 130k for 2022. And while the campaign is aimed at the domestic market, and specifically three core audience segments which represent 64% of the regional affluent traveller market, Melanie de Souza, Executive Director Marketing, RCU expects it to have some organic reach digitally in international markets.

‘We are already receiving a lot of interest from international travellers excited to explore a new destination with such history including ancient civilisations from the Dadanites to the Nabataeans and the Romans.’

‘The travel landscape has been irreversibly altered, but as travel slowly resumes, research tells us people will be looking for meaningful travel, vast open spaces and close to nature experiences. AlUla is well-positioned in the domestic market for all of those reasons and internationally as a new and significant boutique heritage and culture destination,’ said de Souza.

The campaign will be launched in broadcast, outdoor and digital from January 9th 2021.