AUTUMN IN LIKA 2021 Full programme of the most popular Croatian Autumn Fair! 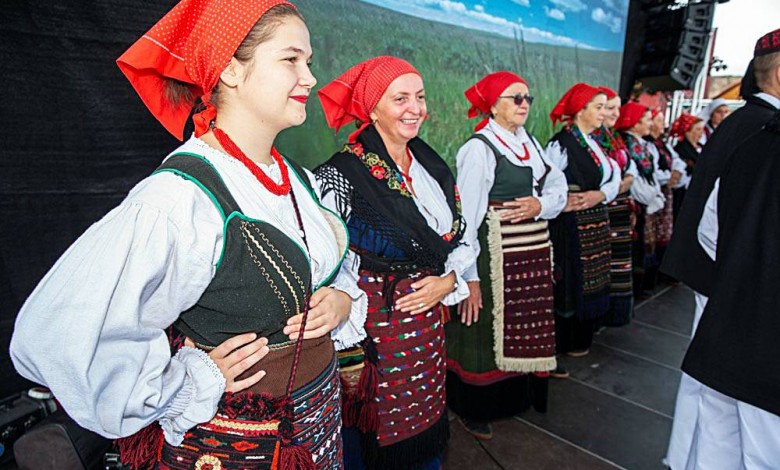 In the heart of Gospić, on Stjepan Radić Square, from October 1 to 3, the twenty-third “Autumn in Lika” will be held. Launched back in 1999, this traditional exhibition has become the most important economic, cultural and ethno event in Lika-Senj County.

This year, the citizens of Gospić and their guests will be introduced to small farms, entrepreneurs and numerous schools, cooperatives, associations and public institutions that produce various food, useful and decorative items and thus preserve the tradition of the region.

During the event, visitors will have the opportunity to hear the original folk songs, enjoy the rich taste and aroma of Lika cuisine and see plum jam baking, clay products making, metal forging and making wooden souvenirs.

At 12.30 the opening ceremony of the Development Center of Lika-Senj County is scheduled, while at 13.00 there will be a show of horse-drawn carriages in the center of Gospić, organized by the Horse Breeding Association Dorat – Gospić.

TS Patrioti, Folklore group “Degenija” and HKUD Lika will take care of the good atmosphere on the first day.

The opening of the 5th Central European Entrepreneurship Forum-CEEF2021 in KIC Gospić is scheduled for 3 pm, followed by the promotion of the monograph “Intellectual Capital – 30 Years of Theory and Practice in the World and in Croatia”.

At 4.30 pm on Stjepan Radić Square, the awards ceremony for the most successful exhibitors at the Autumn in Lika 2021 exhibition and the awards of the Gospić Tourist Board “Green Flower” will begin, followed by the fashion show of the Ethno Boutique “Mara”.

On the last day of Autumn in Lika, on Sunday, October 3, a rich cultural and artistic program awaits us with performances by the Tamburitza ensemble “Velebit”, KUD “Jelsa” and the Subcommittee of SKD “Prosvjeta” Udbina. At 3.30 pm, the award ceremony for the exhibitors is scheduled.

All information about the event can be found on the new Autumn in Lika website www.jesenulici.hr, Autumn in Lika Facebook page as well as the jesenulici Instagram profile.

The event will be held in accordance with the prescribed epidemiological measures and all exhibitors and visitors are invited to adhere to them.