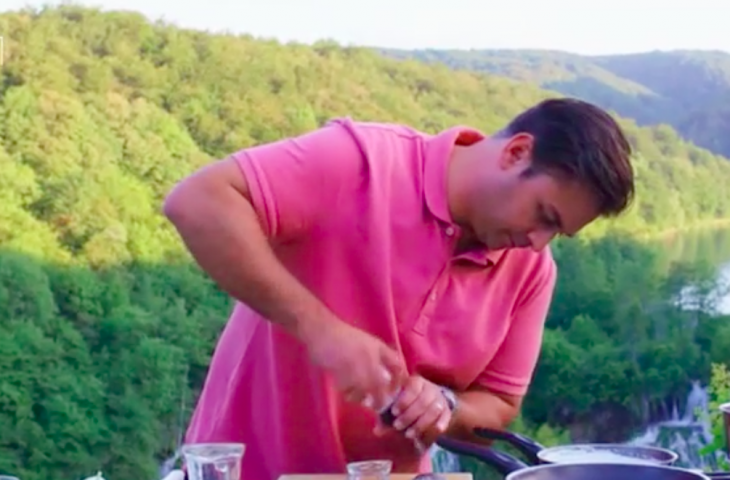 A big promotion of Croatia in the world is continuing! The first Croatian culinary travelogue in English, Croatia’s Finest is running again on the National Geographic Channel worldwide!

The star is Dhruv Baker, UK Masterchef winner from 2010 and British culinary star. In each episode, Dhruv and his team take a tour of Croatian cities and places that offer authentic cuisine in search of new culinary experiences and discoveries.

In the last episode shown episode, they were at Plitvice Lakes, enjoying themselves and preparing a trout and potato salad. Dhruv was blown away with the beauty of the lakes so he admits it was an easy task to find inspiration for the special meal.

This culinary travelogue includes twenty episodes of high professional productions which aims to show the most beautiful and the most interesting locations, as well as rich tourist offer, and all for the purpose of attracting tourists and promoting this beautiful country in the world.

Even though the primary objective of Mr.Baker’s exploration in Croatia is gastronomy, the CF team also visit all the most significant tourist attractions because they are interested in getting the whole picture about the places they visit. Of course, the most spectacular segment of each episode is the one where Mr.Baker, inspired by the tastes and sensations of a place, start cooking out in the open at an attractive location just like at Plitvice Lakes.