The Christmas Comet flyed the closest to Earth in centuries! 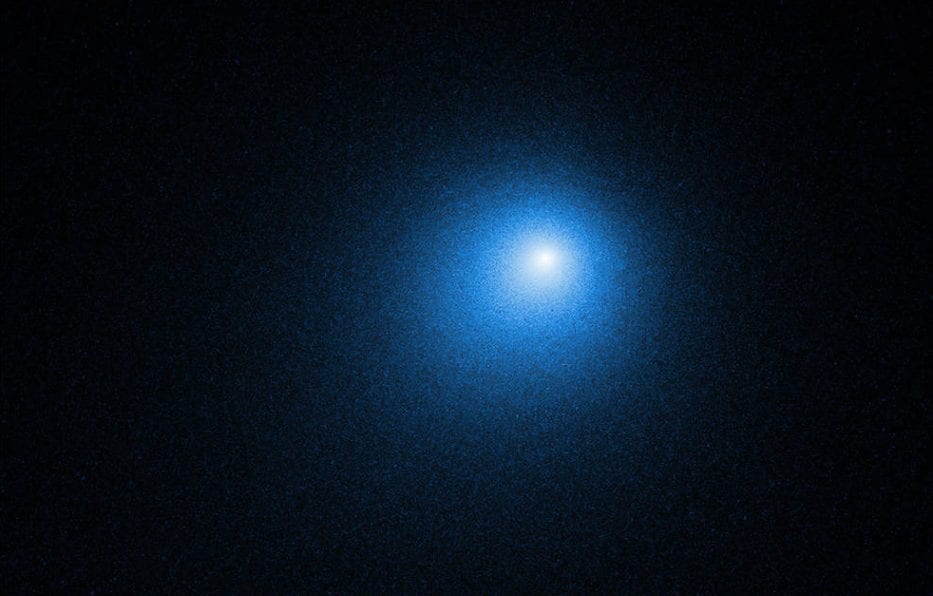 Another Christmas miracle! Astronomers have observed the historic flyby of Comet 46P/Wirtanen known as “The Christmas Comet”.

Just in time for the holiday season, a comet first observed more than 70 years ago has returned for one of its periodic visits — and this flyby of the “Christmas comet” is one of the closest in recent history.

The comet was also filmed from the Observatory in Croatia`s city Višnjan.

My first photo of comet 46P/Wirtanen taken last night. You can see comet Wirtanen as a green dot in the upper right corner. To the left is the beautiful constellation of Orion.

In this visible-light image, the comet’s nucleus is hidden in the center of a fuzzy glow from the comet’s coma. The coma is a cloud of gas and dust that the comet has ejected during its pass through the inner solar system due to heating from the Sun.

And don’t worry if you missed it; it should be visible for a week or two.

Enjoy it while it’s here, because it might not be this close again for hundreds, if not thousands, of years!