FROM THE PRINTED ISSUEE 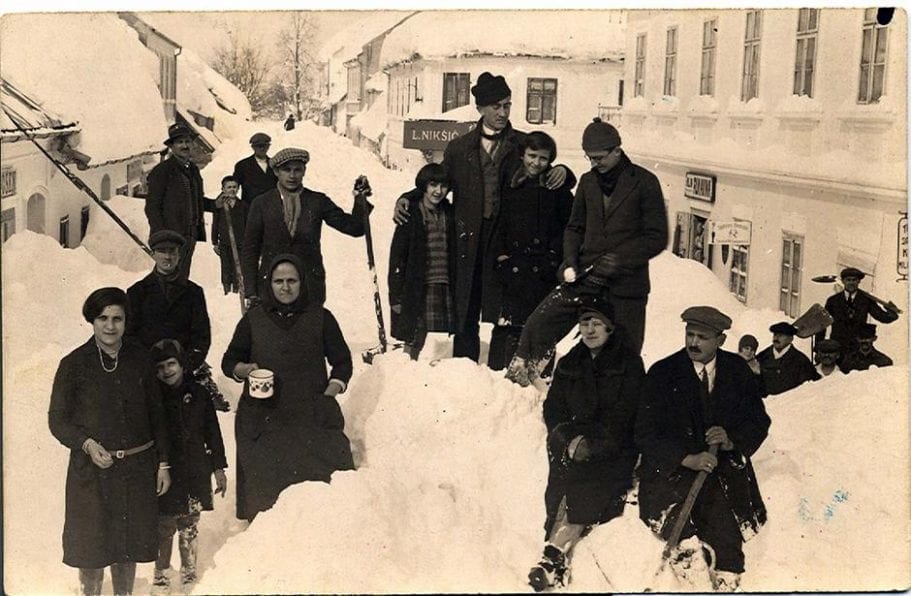 In recent weeks, the region has been swept by snow and low temperatures. Even though it seems that winter has bared its teeth, nothing in the last twenty years can compare to true winters in Lika that our parents and grandparents witnessed.

In the previous century winters used to be much colder, and the most severe winter of all happened in 1929, and to this day it is remembered as „the winter of the century“.

At the end of 1928, winter started off unusually mild. Nobody could imagine what was about to happen after New Year’s. On the first day of 1929 snow started to fall. It kept falling for several days without pause, reaching up to 285 cm in height, while the wind created snow dunes as tall as six meters.

Daily temperatures dropped to -15 degrees, going even down to -18 in the second half of January. On 4 February 1929, Gospić measured a record -36 degrees Celsius, which remains the lowest temperature in Croatia ever recorded.

The surreal amount of snow completely paralysed day to day life in Lika and it made the landscape unrecognisable. Great snow dunes covered trails, paths, fences and houses. Some villages were so deeply pelted with snow that they couldn’t even be found.

Those days the people of Lika left their houses through windows because the doors could not be opened. They dug tunnels through the snow to reach their neighbours and livestock. Many households ran out of food and firewood. Potatoes froze in basements and rotted when spring came so many people were left with no food. All rivers and lakes froze, and the Gacka valley turned into a huge skating rink.

Packs of hungry wolves came down to villages and killed livestock and dogs, even the streets of Gospić were haunted by wolves howling all night.

The horrible winter lasted until the middle of March when it finally started to relent. Particularly cold winters were later recorded in 1942, 1956 and 1968, but all of them pale in comparison with the long and severe winter of 1929.