“Croatia may not have the World Cup, but they have this!” 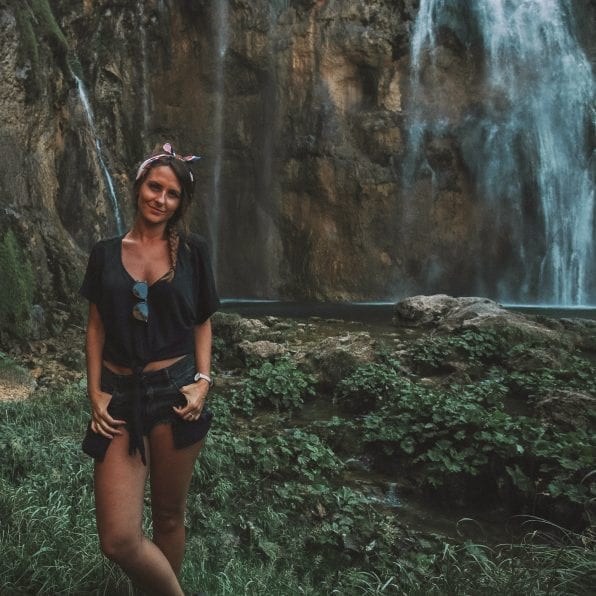 Lauren Carey, a solo traveller from the United States is a girl you probably know under the name @girlgoneabroad.

She is in Croatia for over a month now, and Plitvice Lakes were on her bucket list. I have seen photos and heard rave reviews about Plitvice for a long time. I knew I had to see it for myself and I LOVED it. I think most people come up for the day but I decided to stay two nights near Entrance 1 so that I could see as much of the park as possible. It’s a photographer’s dream, and I could have easily spent another day! I just enjoy getting lost in nature. Even though the park is visited by a TON of people every day, it is so large and spread out that you can find yourself alone amongst some of the most beautiful scenery on earth.

This quote caught our attention, so please Lauren explain 🙂

My “grandma did cool shit quote” was a result of me thinking about Instagram, and how it’s basically our generation’s form of a photo album. All of my travels are documented there, and I can’t help but wonder if someday my grandkids are going to be able to see it. Instead of real photos, they might scroll through my Instagram feed and see all of the cool places I’ve been! I think they would be quite impressed with Plitvice 😉 You say “Croatia may not have the World Cup, but they have this”. Where did you watch the football finals in Croatia?

Yes, even though Croatia didn’t win the World Cup, they still have some of the most amazing places to see on earth. Croatia is in a win-win situation, when you have beautiful scenery like this, there is no losing! I watched the semi-finals and the finals in Croatia. The semi-finals were INSANE in Zadar, and things were a bit quieter watching at one of the restaurants near Plitvice