Discovery by archaeologists from Zadar: a Roman ship from the 1st century surfaced in the sea near Sukošan! 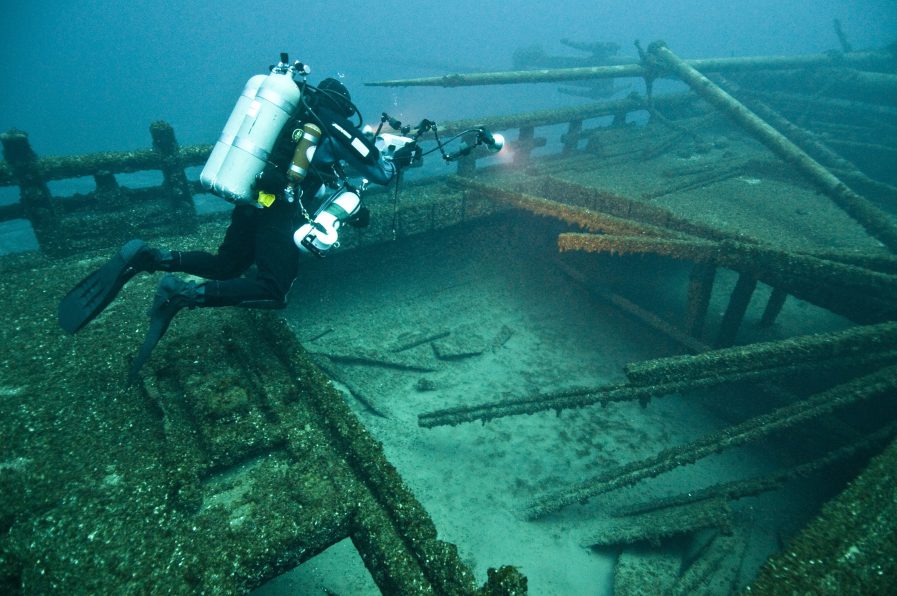 For more than two thousand years, at a depth of two meters, covered by sand, a Roman wooden ship lay untouched in the sea near Sukošan, reports zadarski.slobodnadalmacija.hr.

Although it has long been speculated that the seabed of the ancient harbor at the Barbir site hides a rich site, the Zadar river archeologists only recently, after six years of systematic research, came to a great discovery: a Roman ship from the 1st century emerged from under the layers of sand! It is about three meters wide, nine meters of its length have been discovered so far. Apart from the parts that have suffered from shipworms, the rest of the ship is in incredibly good condition thanks to the fact that the wood itself has been preserved in the sand for two millennia.

“We hoped that there could be a ship next to that plank. And indeed, there was a Roman ship there that we dated to the end of 1st or very beginning of the 2nd century. This year, research continued, again in cooperation with the German Archaeological Institute and the University of Zadar and archeology students. The team was not numerous, but it was very interesting.” – said Mladen Pešić, head of the research.

Unlike most ancient ships that sink and end up deformed at the bottom of the sea, this one managed to keep its shape. We have sent samples from all the wooden elements to France for analysis, and by determining the material it will be known whether it is local production or production from other regions.

“We have a great desire to take it out of the sea and one day display it somewhere.” – reveals the director of the International Center for Underwater Archeology Zadar.

Although Roman ships have so far been found in several locations, unfortunately, they are not exhibited or can be seen anywhere in Croatia, which is a devastating fact considering the incredible maritime heritage we have.