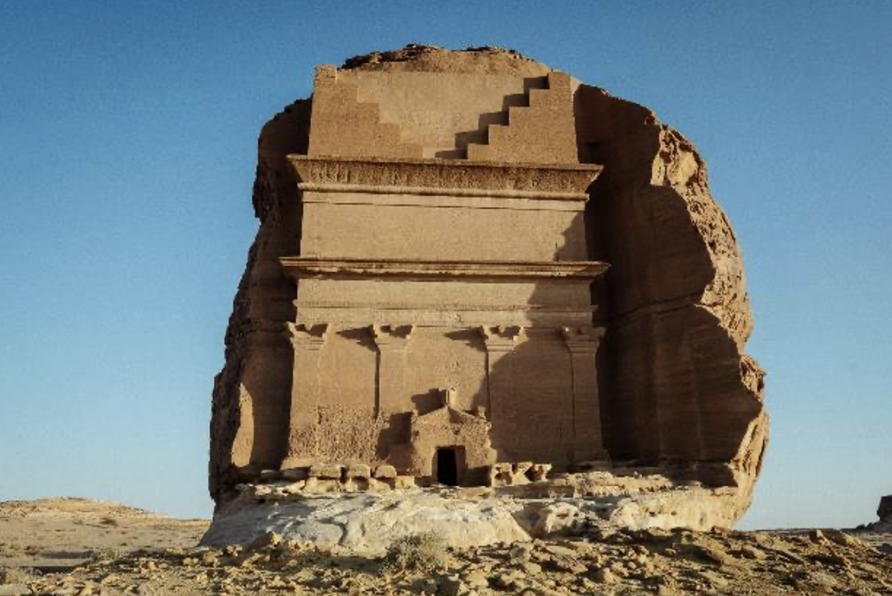 The international documentary unearths previously unknown aspects of the ancient history of Saudi Arabia, as experts uncover traces of a society from more than 7,000 years ago

Discovery Channel takes a behind-the-scenes look at one of the most important discoveries of modern history as expert teams uncover clues that reposition the global understanding and significance of ancient Arabia in a new one-off documentary ‘The Architects of Ancient Arabia’.

Narrated by Academy Award®, Tony Award®, Golden Globe® and Emmy® Award winner Jeremy Irons, ‘The Architects of Ancient Arabia’ journeys into Saudi Arabia’s deeper past, following teams of leading international and Saudi archeologists and a local historian as they reveal new wonders in the previously unexplored land. Using multiple modern technologies to record tens of thousands of sites, they choose some to explore in greater detail, to begin piecing together a new chapter in the story of human civilization.

AlUla is a largely unknown oasis valley in the vast desert of the North West Arabian Peninsula, once a prosperous and important crossroad on the incense route and home to 3,000 years of powerful successive civilizations. Some of the most important survey and excavation work in modern history has been taking place in the region, revealing the deep past of AlUla.

Specialist teams are seeking to decipher the activities associated with ancient stone structures they are excavating across the county surrounding the AlUla oasis, with their findings aiding to deepen the historical legacy of the country, and of ancient Arabia. In the documentary, the archeologists unearth evidence for an ancient ritual, completely unexpected and extraordinary as they continue to piece together AlUla’s rich history in time to welcome guests from around the world.

Henry Windridge, Senior Director: Marketing, Digital & Creative, EMEA Pay TV & Global Brands at Discovery, commented: “An untouched desert Kingdom, Saudi Arabia has retained some of the most stunningly well-preserved evidence of ancient civilizations. As the global leader in real life entertainment, Discovery is delighted to be able to continue its longstanding commitment to the region by uncovering the history of this ancient masterpiece and sharing it with viewers around the world.”

The documentary was made by Discovery in association with The Royal Commission for AlUla (RCU) and produced by Powderhouse Productions.

Robert Kirwan, Executive Producer/Editor of the documentary, said: “The weeks we spent in AlUla filming alongside the archeological team were a life-altering experience for me and the rest of the crew. The startlingly spectacular landscape is like nothing I’ve ever seen. And the stone structures, literally thousands of them dotting the area, have sat untouched for thousands of years. We were walking among the ghosts of unknown ancients, and we could feel their presence, their yearning, to have their story told.”

‘The Architects of Arabia’ reveals startling new discoveries which reset the timeline for the emergence of complex societies.  The thousands of mysterious stone constructions built atop of otherwise barren desert may well hold the missing link to AlUla’s part in a major turning point in the history of mankind.

These discoveries have been the source great interest from the archaeology community globally and will be unpacked in much more detail over the coming months in the form of published peer-reviewed articles and papers that will change the current understanding of the significance of the Arabian Peninsula.

Rebecca Foote, Director, Archaeology and Cultural Heritage Research at Royal Commission for AlUla commented: ‘We already know much about the major sites such as Hegra, but I hope that the team’s work and this documentary begin to fill in gaps in our knowledge in the late pre-historic period, when societies are becoming more complex.”

“Archaeologists are just beginning to reveal the secrets and stories held within the desert of this stunning landscape, there is much more to discover and we’re excited to be able to share our work and this place with the world through this documentary.”

‘The Architects of Ancient Arabia’ will air exclusively on Discovery Channel in the region, on 31 March at 9:00pm (KSA) on OSN (channel 500). -> Specifically for the MENA region local TX differs per region.