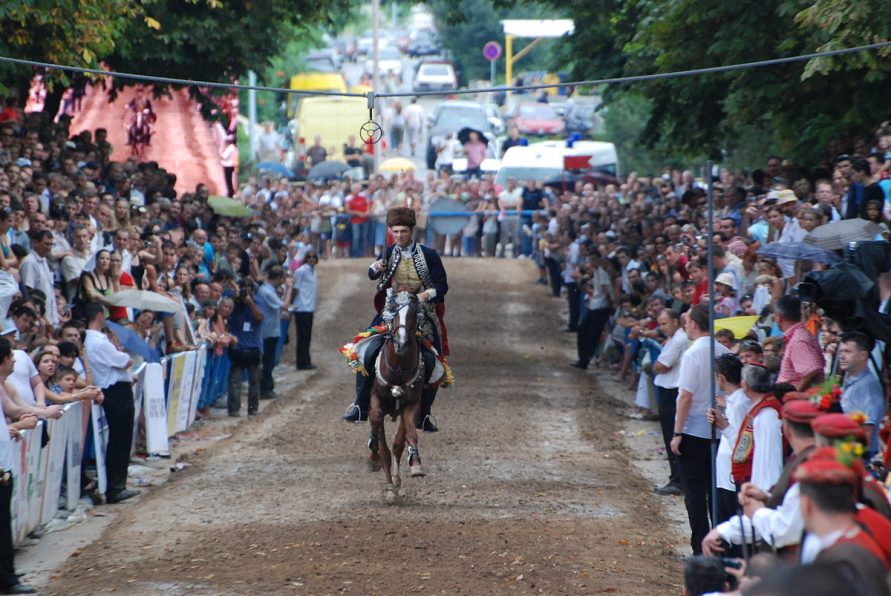 In 2010 it has been inscribed in UNESCO Intangible Cultural Heritage List. Alka is also the name of the object used in the tournament, made of two concentric ring. The contestant-„alkar“- rides his horse down the race track and tries to hit the central ring with his spear in full gallop. Depending on which part of the alka he hits,receives points from 1 to 3,and no points if he misses.

Only men born in Sinjska krajina can take part in the Alka. The “Duke of Alka“ is a ceremonial title representing the commander.The costumes worn by the alkar’s are the same that were worn by the warriors in the 18th century.