HRT photojournalist’s killing did not stop truth about Homeland War 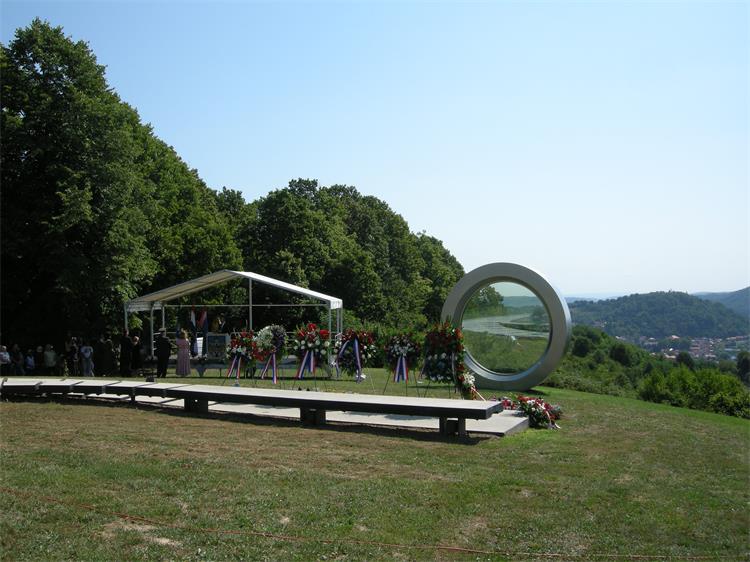 The attempt by a Serb sniper in 1991 to stop the truth about the Homeland War by killing Croatian Radio Television (HRT) photojournalist Gordan Lederer did not succeed, it was said at a commemoration held on Tuesday on the 30th anniversary of Lederer’s death.
Lederer’s recordings continue to testify to the heroic defence of Croatia from the Serb aggressor, it was said at the commemoration on Čukur Hill near Hrvatska Kostajnica, which was also attended by War Veterans Minister Tomo Medved.

In his address, Medved said that Croatia was again witnessing attempts to revive the Great Serbia ideology.

He went on to say that similar ideas had been coming recently from Bosnia and Herzegovina, where, he said, attempts were being made to rewrite history by levelling charges against Croatian wartime commanders, a reference to a recent request from Bosnia and Herzegovina for Croatia to take over the prosecution of Croatian Army generals whom BiH prosecutors suspect of alleged war crimes committed during the 1995 Operation Flash.

“We must remind them, too, of the role of the Croatian Army, which helped Bosnia and Herzegovina several times, when the situation was hardest. Many have evidently forgotten that just as they have forgotten what happened in the Bosanska Posavina region, from where more than 150,000 Croats were displaced,” Medved said.