INTERVIEW „How Lika got a promo video that conquered the world!“

INTERVIEW WITH IVAN RADOŠEVIĆ, DIRECTOR OF THE TOURIST BOARD OF THE LIKA-SENJ COUNTY 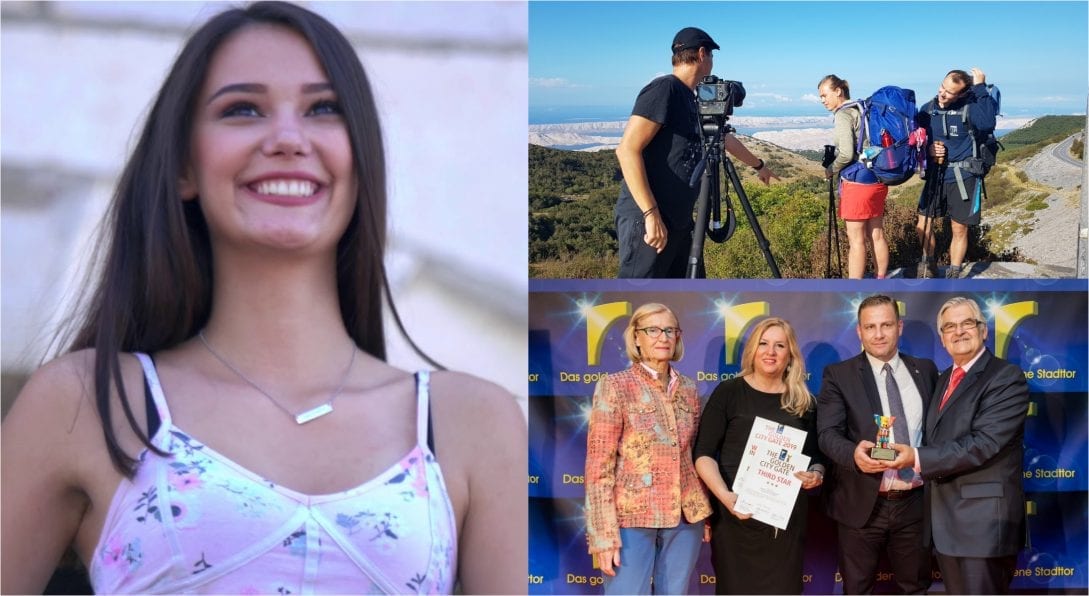 The incredibly beautiful and diverse destinations in the Lika-Senj County are visited by millions of tourists annually, and great tourist brands such as the Plitvice Lakes, Novalja, Zrće, Nikola Tesla, Gacka and Senj are recognizable around the world as top tourist destinations.

That is why early this year the Tourist Board of the Lika-Senj County launched a new promo video presenting everything the county has to offer in four minutes – mountains, caves, rivers and lakes, as well as the magnificent coast.

We sat down for a chat with Ivan Radošević, the director of the Tourist Board of the Lika-Senj County, and we talked about the making of the video and about the many awards they’ve received in the last couple of months.

How did you decide to make the video and how did you choose the destinations?

The promotional video was something we really needed, and negotiations on the production company took almost a year. The goal was to select diverse destinations, to combine those that are already globally known with the less familiar ones, and finally, to have a video which will motivate visitors to stay in Lika for as long as possible. It seems like an easy task considering the sheer amount of amazing places we have been gifted with, but it was actually quite difficult. We were aware that we had to cut some locations because of the runtime.

The video features the beauty of Plitvice Lakes, Velebit, the beaches of Novalja, gastronomy, sports and recreation, entertainment and cultural-historic heritage. You can see Brinje, Perušić, Otočac, Gacka, Smiljan, Gospić, Senj, Karlobag, Vrhovine, Zrće… and whatever we had to leave out will definitely be included in the next video.
The production company selected was Balduči Film from Zagreb, and the video was directed by Bobby Grubić, a three-time Emmy award winner, and produced by Spomenka Saraga, while the concept was jointly developed by Balduči Film and the Tourist Board of the Lika-Senj County.

The presentation was shortly followed by a truly impressive award.

That’s right. We won the prestigious „Golden City Gate“ award at the leading tourism fair ITB Berlin for the category „regional video“. This is indeed a huge award because the competition included 148 promotional videos on famous destinations from across the globe, and this showed that we did a really good job.

There were 150 thousand people at the fair, and we hope that this award helps us reach not only them but also new agencies and investors in tourism. Back in May you received great news from the American continent as well, a huge market which is only now discovering this area.

That news really surprised us. It was unexpected and it came from the American market which is one of our great strategic goals. The Visit Lika video won second place, i.e. the silver medal on the Telly Awards international competition held in Los Angeles. The Telly Awards is an annual show presenting the best works made for television and other media, and the festival received over 12 thousand submissions from over 50 countries across five continents.

The winners of the Telly Awards are typically some of the most renowned advertising agencies, television stations, production companies and publishers from around the world. The committee which gave us the award comprises over 200 members who are active experts in television, marketing and production. We’re very proud of this award!

And then more awards followed from around Europe, just in time for the most active period of the tourist season

In May, „Visit Lika“ won third place at the 12th Tourist Film Festival Tourfilm Riga 2019, and the video came in fourth in Portugal at the Finisterra Arrábida Film Art & Tourism Festival. We keep all of them in the Tourist Board and we’re positive that each of them yielded results already for this year. Is this the most award-winning video about Lika ever?

It definitely seems so, and we’re not about to stop! Lika has so much to show and offer its visitors, and some markets are opening up only now. This is something we’re actively working on.

If you still haven’t seen „Visit Lika“ video, don’t hesitate to share it on social media, and come to Lika for a great active vacation this year!