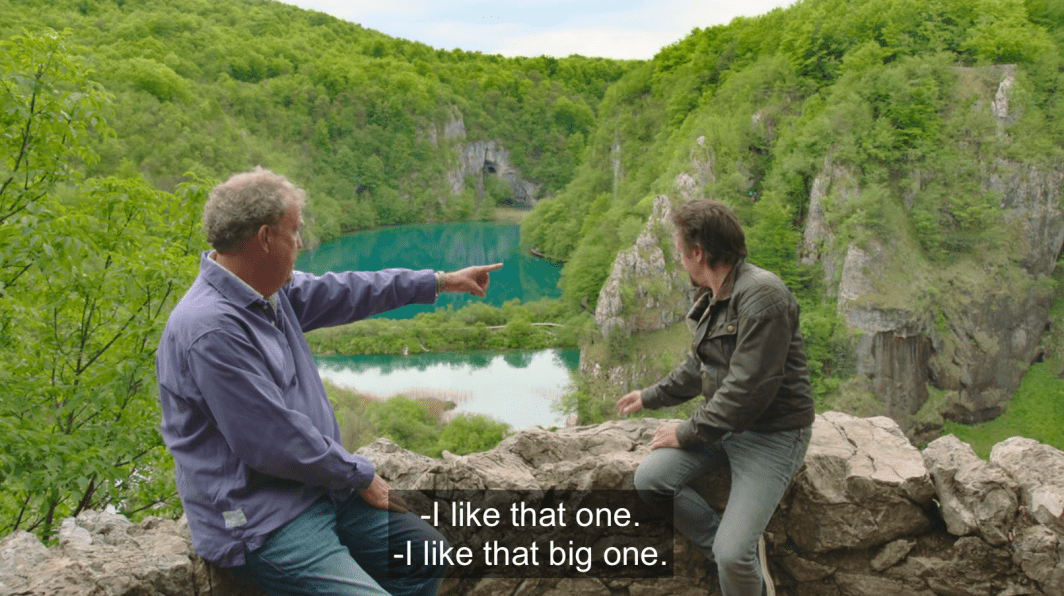 Last night, The Grand Tour episode filmed partially at Plitvice Lakes was aired (HERE you can read all about it) and we have exclusive photos! In episode 4 that is part of The Grand Tour season 2, guys visited Croatia and had quite an adventure.

The entire episode had no pre-arranged locations, no stunts that have been previously set-up, and no planned incidents. That`s why their appearance at Plitvice Lakes was a bit unusual…

Jeremy: Back out in the countryside Richard and I had stopped by some nice lakes. But, because this was an unscripted film, we didn`t have much to say about them. You can see entire show HERE.