#FROMMETONATURE CAMPAIGN HAS MADE A FULL CIRCLE

This Friday, 50 new plum seedlings were planted in the heart of Gospić!

As part of the national collective tree planting this weekend, The Plitvice Times has decided to join the planting campaign with the plum seedlings, which are the result of perfume Plitvice’s #frommetonature campaign. The campaign, which donated 5 US dolars from each perfume sold for the purchase of plum seedlings, was launched to give back the nature at least a bit of what it has given to us.

Plum was chosen as the main focus of the campaign because of it is one of the most important products of Lika, but also one of the main ingredients of perfume Plitvice. Each seedling is personalized with the name of the person who bought it, as a thank you for participating in the campaign.

The Plitvice Times company thanks everyone who participated in the #frommetonature campaign and contributing to the aim of making the area around Plitvice greener.

We would like to thank everyone for their great response and participation in the #frommetonature campaign, whether it was through purchase, sharing the content on social media or a simple message of support. We are pleased that this campaign has been recognized throughout Croatia and abroad as “green” and corporate socially responsible, and we hope that we have encouraged other entities to launch and participate in such activities in the future.

Check out the photo gallery of planting in the heart of Lika! 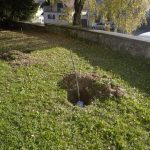 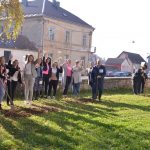 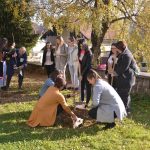 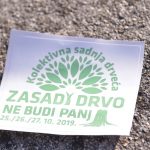 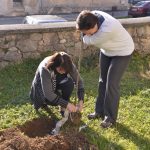 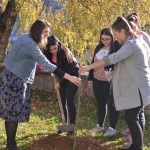