Look over the hill – it`s beautiful! 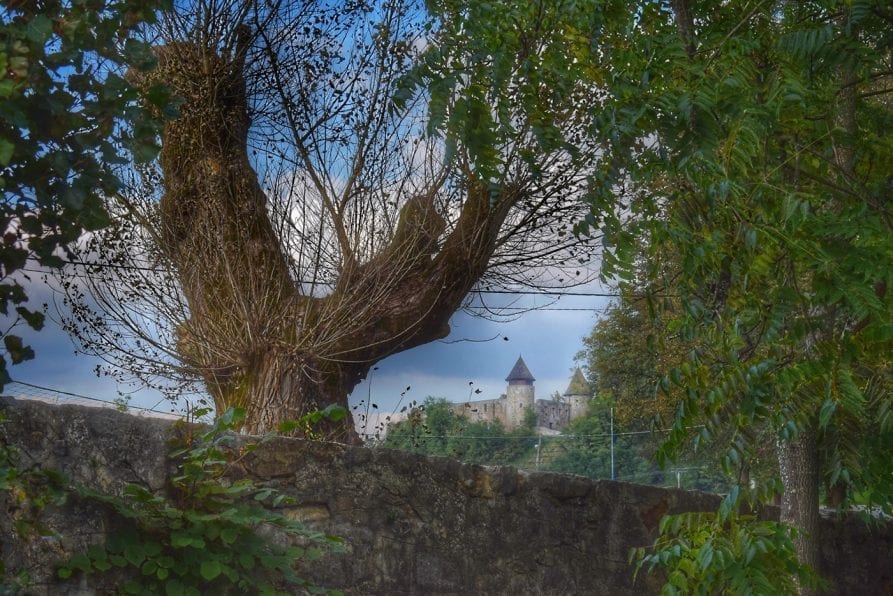 If you were driving on Croatian A1 Motorway, near exit Bosiljevo you probably spotted an old castle on the hill.

Well, next time you should take that exit because there is definitely something to see in the place called Novigrad na Dobri – The Frankopan castle many tourists visit.

It is so magical that even Archaeological Museum in Zagreb a few years ago organised an exhibition with the aim to present it to the public, and their conclusions are very valuable. Here is what they say about this Croatia`s cultural heritage and treasure. Novigrad Castle rises above the right bank of the Dobra river a dozen kilometres west of Karlovac.

It lies on the route of the old Karolina road, which connected Karlovac with Bakar and Rijeka via Vrbovsko and Mrkopalj since the 1720s, and whose integral part is the very well preserved old stone bridge over the Dobra river.

The bridge is situated in the immediate vicinity of the castle and connects it with the village of Novigrad na Dobri. In the historical sources from the 13th century, the area around the Dobra is referred to by the name of the river, and the settlement of the same name was first documented in the sources at the end of that century.

The 1334 catalogue of parishes by John, Archdeacon of Gorica, mentions the church of the Blessed Virgin Mary in Dobra, which undoubtedly refers to the church of the same patron in the present-day village of Novigrad na Dobri, formerly called Crkveno Selo. The same parish—Dobra—is mentioned also in the catalogue from 1501. The first documented mention of Novigrad dates back to 1558, and refers to the assessment of the property of Stjepan Frankopan of Ozalj, who was supposed to be put to death, and his property confiscated by the sentence of the viceroy’s court.

Taking all of this into consideration, it can be concluded that the castle was in all likelihood built in the first half of the 16th century, probably by Duke Bernardin Frankopan (1452-1529). The Frankopan family remained in the possession of the castle until the execution of Fran Krsto Frankopan and Petar Zrinski in 1671, whereupon it was plundered. Soon thereafter the castle became the property of Josef Herberstein, who ruled it until his death in 1689, bequeathing it to the Order of Malta.

The Order sold it in 1746 to Baron Stjepan Patačić, who transformed the original Renaissance castle into a Baroque palace. Following the French occupation, Bartol Patačić sold it to Mirko Haraminčić in 1809. The castle was subsequently owned also by Franjo Türk, a merchant from Karlovac, and finally by Baron Zdenko Turković, who in 1939 donated the castle to the people of Croatia, while selling the estate to the Banate of Croatia.

The partisans burnt down the castle in 1944. In 1953 it was declared a monument of culture, while the year 1994 marked the beginning of its restoration and revitalization under the management of the Conservation Department of the Ministry of Culture in Karlovac.

Since its establishment in 1998, the Society of Friends of Novigrad na Dobri “Frankopan” has been a huge and indispensable support in the efforts to revitalize this exceptional cultural monument.

Enjoy in this lovely photos and take a stop next time you are passing by.