Mrsinj Grad – a hidden historical fort with a magnificent view 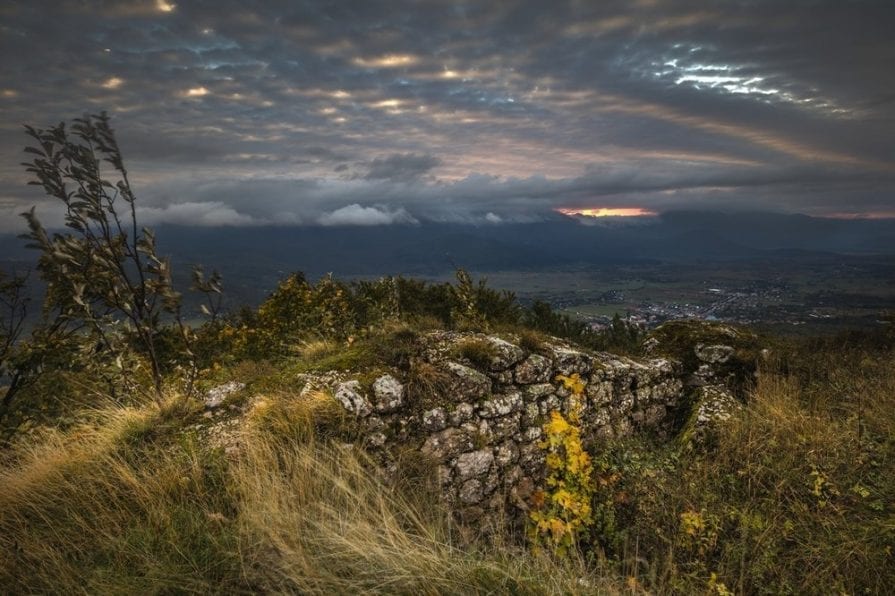 If you love discovering beautiful historical and mystical places, one such is located in the area of Korenica.

We are, of course, talking about the ruins of Mrsinj Grad – a medieval, well-fortified and nearly inaccessible fort built at an impressive altitude of 1097 meters on the northern side of Mrsinjska gora. Nature has gifted the Plitvice region with immeasurable beauty, and one of its spectacular gems is this wooded hill rich in history.

Mrsinj Grad can be reached in just an easy 80 minutes on foot through a marked hiking trail from Korenica, or in just an hour from Vrelo Koreničko. The trails are very attractive and the climb is easy so hikers love them. The history of Mrsinj Grad is veiled in secrecy. According to lore, the town was first built and inhabited by Greeks who were chased away by the Huns. The Huns ruled the area until 1467 when the Ottomans came, ravaged the area and destroyed Mrsinj Grad. Mrsinj Grad was also owned by the Frankopans, Counts of Krk, and one of their noble families named themselves “Mrsinjski” (eng. of Mrsinj).

In addition to the remains of the town, the hill is also home to the ruins of Prozor (or Prozorac), a small walled fort used as a lookout tower to keep watch over an important road. There was also a large garden with various noble fruit around Mrsinj. It is interesting to note that Mrsinj was not well known to hikers all until 2004 because the trails leading there were overgrown and inaccessible. With the aim of improving the tourist offer and making visitors interested in the area’s natural beauty, the Tourist Board of the Plitvice Lakes Municipality prepared and marked the first trail, selflessly supported by the Korenica Forest Association, Plitvice Lakes National Park, and a group of interested citizens. When the Mrsinj Hiking Association was founded a few years later, a second branch of trail was marked, in the immediate vicinity of the camp and restaurant Borje in Vrelo Koreničko.

Mrsinj, with its unique view over Korenica, the Field of Korenica and Plješivica, has become an exceptionally attractive tourist destination.