NIGHT WALK Visit the center of Otočac in virtual reality in 5.7K quality! 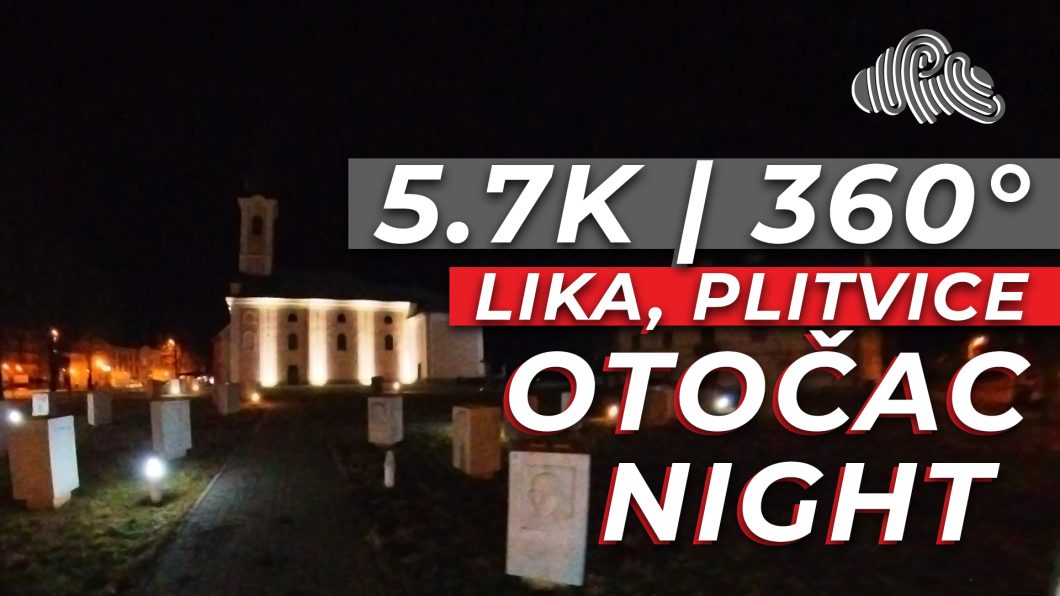 Located in Gacka, one of the oldest Croatian provinces, Otočac was first mentioned on the Bašćanska ploča around 1100.

The city center is dominated by the parish church dedicated to the Holy Trinity, which is mentioned in the first half of the 17th century, and probably existed earlier. In its turbulent past, it was badly damaged several times. The first church burned down in a fire in 1648. In 1760 a strong wind damaged the roof and the cross from the tower. From a lightning strike, it burned down completely in 1868. The reconstruction of the church over the centuries was helped by Empress Maria Theresa, her son Joseph II. and Emperor Francis Joseph I.

In 1916, a fresco “Queen of Peace” was painted on the façade, the work of Lieutenant Maximilian Duchek in memory of the fallen soldiers of the 79th Island Regiment. The church was severely damaged in the Homeland War, during the shelling of Otočac on September 15, 1991, when the fire spread to the entire roof, which burned completely.

History of Gacka in stone

In front of the church, there is the Gačanski Park of Croatian Memory, a sculpture park dedicated to historical figures and important events related to the Gacka area. From Prince Borna, the first ruler to establish the nucleus of the medieval Croatian state in the 9th century, through the Bašćanska ploča and the Otočac Captaincy to the City of Otočac and the revived Croatian state, 32 stone sculptures tell the story of 12 long centuries of rich history. In memory of the rich Glagolitic heritage of Gacka, there is one Glagolitic letter on each stone block.

Take a walk with us through the streets and see the sights of Otočac in virtual reality!