“NIKOLA TESLA AT 75” The special Time Magazine cover from 1931 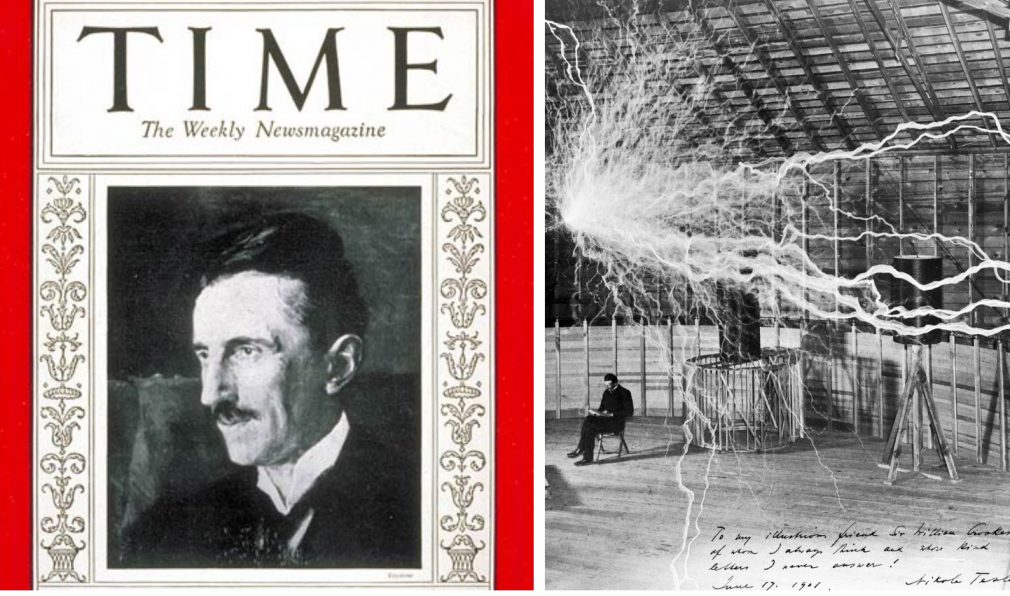 “On Nikola Tesla’s birthday in mid- July, the electrical term which his name has become is regenerated as a tall, meagre, eagle-headed man. Reporters hunt him out of his hotel cubicle for his yearly interview and for a day his long-standing fame flares again.”, starts the interview published in Time magazine on July 20, 1931 and we will share a few parts of it.

“Last week was Dr. Tesla’s 75th birthday. Interviewers wished they might see him as he used to be seen in his Colorado laboratory a generation ago, strolling or sitting like a calm Mephistopheles amid blazing, thundering cascades of sparks 30 ft. long, Tesla currents alternating at such prodigious frequency that they would not harm a kitten. But instead they found him, not without some difficulty, in seclusion on the 20th floor of Manhattan’s Hotel Governor Clinton.

Pale but healthy, thin to ghostliness but strong and alert as ever, he received his callers in quiet. His, hair is slate grey, overhanging eyebrows almost black. His eyes are blue. Only their sparkle and the shrillness of his voice indicate his psychic tension. He wore an ordinary U. S. business suit, a white collar- attached shirt and a commonplace tie.

To Nikola Tesla, all the world’s a power house. For 40 years he has been reasoning, calculating and arguing that the earth has a definite electrical resonance. All that men need do to have unlimited power
at their command, and that power without the necessity of transmission wires, would be to generate electricity in tune with the earth’s.

The generators might be at waterfalls, coal mines, anywhere. Only possible drawbacks would be the vast expense of installation and the fact that every power house on earth would be obliged to generate the same kind of current, and anyone could tap the current. There could be no financial control of electricity.

His first invention — before he was six and living at his native Smiljan. a Croatian village, in what is now Yugoslavia — was something the like of which he had never actually seen. He pictured it curved, pointed at one end, fastened to a string at the other. The child modeled a piece of iron according to his vision and thus had the hook which he needed to catch frogs.

Similarly he completely visualized his induction motor, his coils and transformers, all his inventions, before he sketched and constructed them. He has unlimited confidence in his visual inventiveness. He no longer bothers to build, seldom bothers to take notes. He simply reclines and cerebrates.”, writes in the interview.