IT`S OFFICIAL The first printed issue of The Plitvice Times 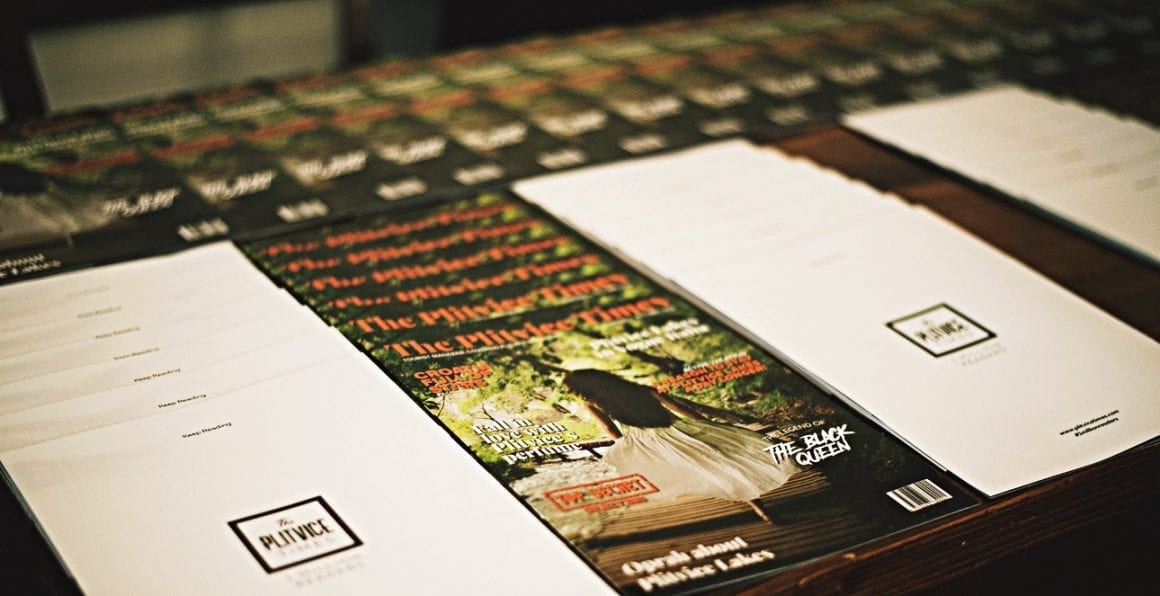 The Plitvice Times team last night presented the first printed issue of our new magazine, together with our friends and partners at Plitvice Holiday Resort in Rakovica.

The Plitvice Times, which was founded in October of last year, is a tourist magazine, the first and only such magazine dedicated to the Plitvice region, renowned globally for its majestic nature, indescribable waterfalls and magical environment. This historical printed issue of The Plitvice Times brings captivating stories, some of which have remained completely unnoticed by the media, but also attractive stories which we cover in more depth.

The stories encompass a wide area around Plitvice so you can read about the abandoned Željava air base, the castle of Ozalj, active vacationing beneath the Plješivica or tales from Rastoke, as well as little known facts about orchids and a perfume created in honour of them.

„Humans of Plitvice“ is a category in which we focus on tourists enjoying their adventures in the area, and the Photo Corner is a special part in which we single out a photo of one of our associates.

We did not forget about the local people of Plitvice either, so the first issue includes a story about Tamara, a travel blogger who left Plitvice to see the world while the world is visiting Plitvice. Plitvice are well known across the globe, and this issue showcases Oprah Winfrey and the Vogue magazine.

On behalf of the editorial team, we give our heartfelt thanks to everyone who made this magazine possible. Enjoy reading while we keep ourselves busy preparing the next issue.