“Plitvice will be a part of my photo exhibition in Italy!” 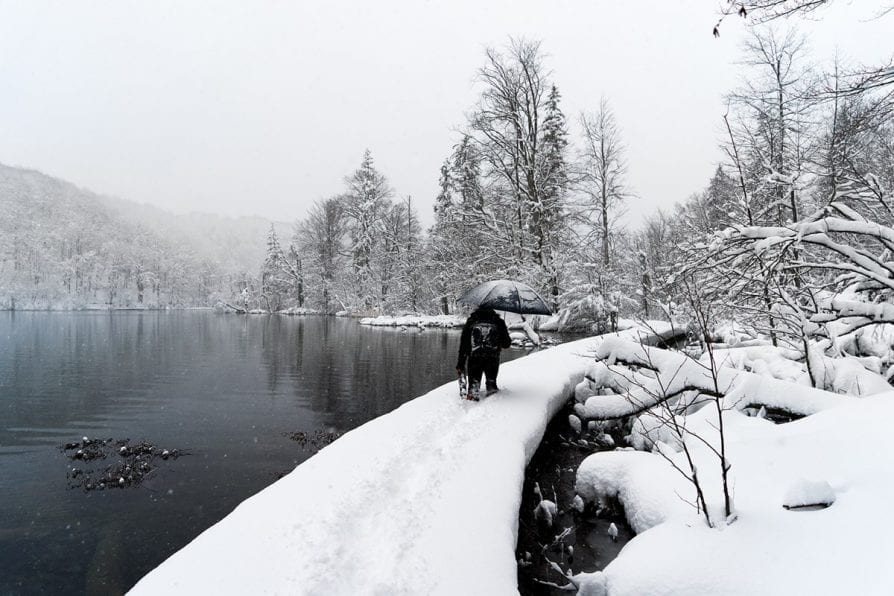 Luca Stefan is a nature photographer who creates using the opportunities and elements that mother nature makes available. Luca loves to play to create new compositions and his goal is to transfer emotions to those who look at his work. He visited Plitvice recently and revealed for Plitvice Times a very interesting info.

“It was my second time at Plitvice Lakes, but first time during winter. It was a meditated journey with a specific purpose: to photograph the lakes under the snow. For a week we monitored the weather to understand the perturbations and the possibility of snowfall in the area. We departed Italy on Friday evening, after a working day.

The journey was long and not so easy because there was a blizzard on the highway, so it lasted almost seven hours. A long journey, but it was definitely worth it. In this particular adventure, that lasted only a weekend, we were lucky enough to find Plitvice covered in white – great for really suggestive photos. The whole park is amazing, but the most awesome place are the upper lakes. My favorite photo is the one where my friend, also a photographer, is going through a snowy walkway leaving a trail of footprints behind him. I really like it because it gives the idea of how much snow there was and how much effort we took to bring home photos like that.

In September Luca will organize a personal photo exhibition in Italy, and the main theme will be Water. Water as a source of life, captured in different forms. Among his photos, there will be Plitvice lakes under the snow!