Plitvice in the winter time… 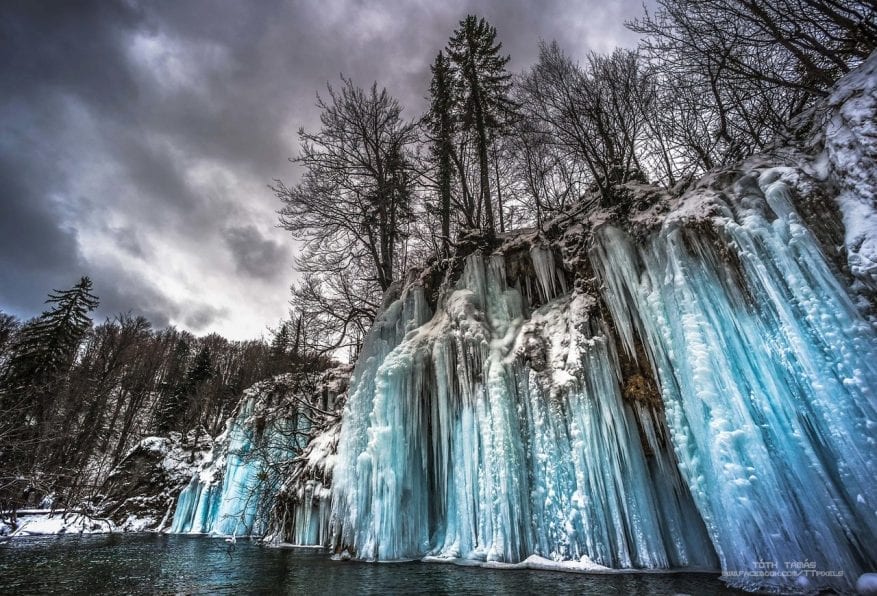 Last year photographer Tamas Toth went on a short, spontaneous photography trip. Three of his friends and him departed from Budapest and headed to Plitvice Lakes. They practically hiked the entire area struggling with the cold and half a meter of snow.

“Over millions of years, the Korana Creek has carved a deep valley into the Southern, limestone areas of the mountain, strongly characterized by karst processes. The formation of the Plitvice Lakes was also the result of these transformations. The limestone creates dykes, sills and other structures in the karst rivers and streams. (Contrary to typical hot water formations, limestone tufa precipitates out of cold water here). The lakes’ extreme blue color is the result of this karst occurrence. Limestone formation is a continuous process by which various waterfalls are formed. Over time, the water changes its bed, leaving its former direction dry, and in turn raising new formations elsewhere. We could say, Plitvice is never the same as before.”, says Tamas.

These photos are the best way to announce the winter in Plitvice, we think it is coming soon…