READ IT HERE 100th anniversary of Tesla’s autobiography “My Inventions” 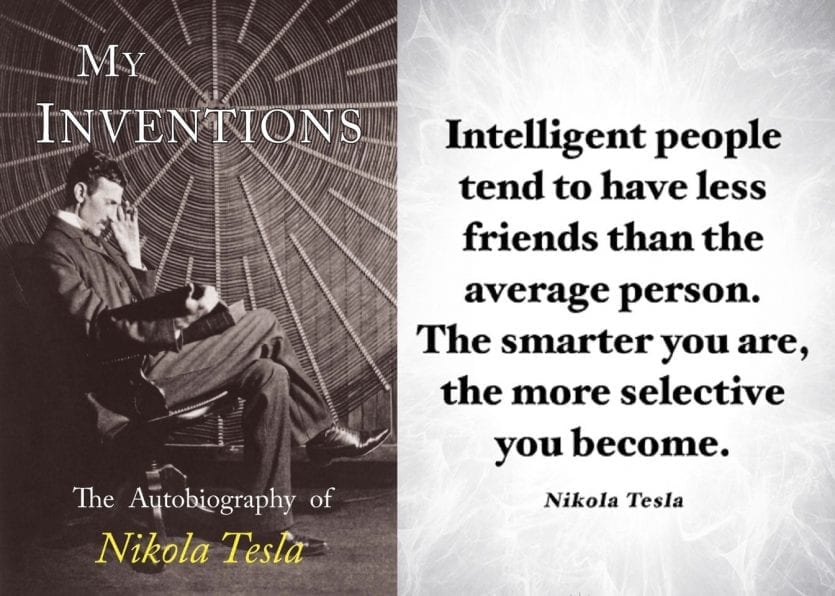 This week people around the world celebrate the great inventor’s 163rd birthday and his selfless dedication to bettering humanity through science. But did you know that 2019 also marks the 100th anniversary of Tesla’s autobiography “My Inventions”?

My Inventions: The Autobiography of Nikola Tesla is a book compiled and edited by Ben Johnston detailing the work of Nikola Tesla. Tesla was 63 years old when this text was first published in the Electrical Experimenter magazine in 1919.

My Inventions is full of fascinating and sometimes bizarre stories. Tesla tells us how he narrowly escaped death on several occasions, traveled the world, rubbed elbows with celebrities, captains of industry and the greatest scientists of his time. In one particularly strange incident, Tesla describes being chased by a frantic mob in a case of mistaken identity. It’s difficult to find a more intriguing and strange autobiography.

Nikola Tesla appropriately titled his work on his life, My Inventions, as he was one of the most important inventors and scientists in history. The book touches on his life and career, his first inventions, discovering the magnetic field, tesla coil and transformer and the manifying transmitter. There is also a chapter on the art of teleautomatics. This book should be read by anybody interested in the life of this important inventor and scientist and his important discoveries which have revolutionized the world.