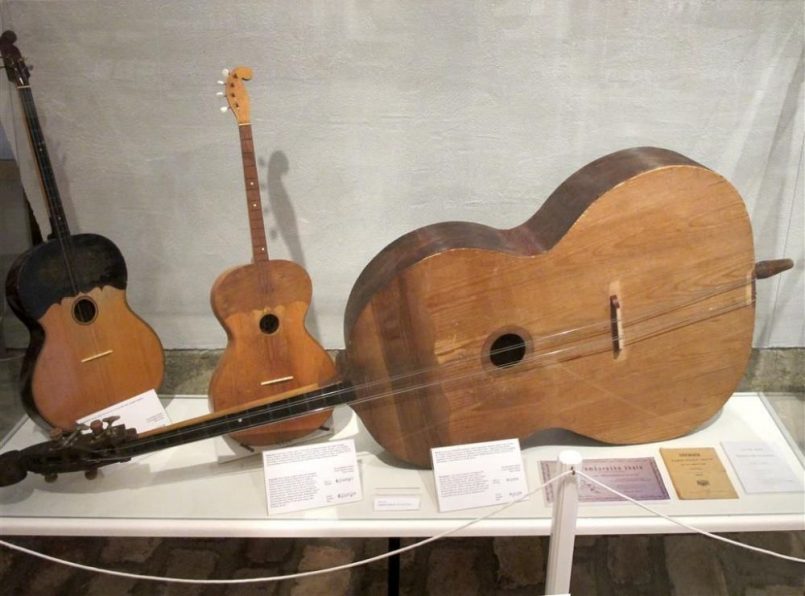 Visit the world’s first museum of tambura in the reconstructed casemate of the western curtain in the Brod Fortress where you can see more than 60 hand-crafted exhibits; actively participate in the stringed instrument making workshops or enjoy multimedia presentations.

The World’s first museum of tambura was opened to the public on January 23rd, 2013. Its setting was designed in 2012 by Mihael Ferić, a famous music pedagogue and tambura specialist, along with Mladen Jurković, musician from „Berde Band“ tambura band and tambura maker. Krešimir Dokuzović, chairman of the „Brodska udruga tamburaša“ association, Mladen Rakić, its secretary and other members of the association provided logistic support. All the efforts and works concerning the museum’s setup were done voluntarily by all those included. During its opening night, the museum attracted a significant attention of the cultural public. Every major TV network and many radio stations and internet portals in Croatia and abroad reported from the event. Many visitors come to the museum every day and about 5000 visitors visited it within its first year. 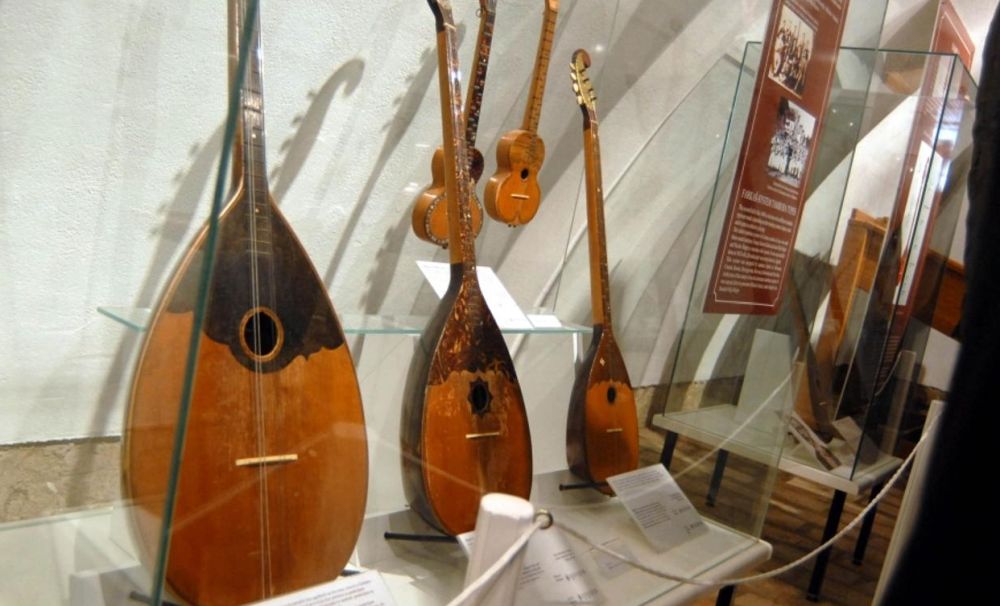 The place where the museum is at, is not only a place of historic setup, telling a story of tambura, but also a place where many tourists enjoy to come when they visit Slavonski Brod. Just within two years time span since its opening, it is a place one must see.

The setup itself includes four different eras of tambura shapes and tuning systems, since the late 19th century until today. Also there are plenty of photos, video and audio records and recordings, plaques, tributes and many more. But the museum’s unique specialty is the „maker’s corner“ where you can see all the important phases of tambura making procedure. This is also an interactive part of the museum. Visitors are stimulated and often included in handling tools, trying to play etc.

In the near future, an extra space of 120 square meters will be added to the museum from its adjacent room. Some instruments that did not find its place in the current setup will be exhibited there. This extra space will also add some extra features to the museum, such as video wall and auditorium. Additional literature and scores will find its place there as well.

Further plans include moving the museum setup in a larger and more appropriate space, in central area of Fortress of Slavonski Brod. There the entire collection will be exhibited and displayed. This is absolute necessity, since humidity presents a big problem in current museum place, which cannot be completely solved, making it harder to preserve valuable items.

A large number of visitors, the „Simply the best“ award in „Small thematic museum setup of Croatia“ category, for its original setup and attractive content, awarded by „Croatian travel agency association“ and magazine „Way to Croatia“, awarded in November 2014, are a good guiding points for „Brodska udruga tamburaša“ association to continue their efforts of museum’s development and progress.