The medieval feudal town of Sokolac was built in the early 15th century by the Dukes of Frankopan from the island of Krk. At that time, Sokolac was the... 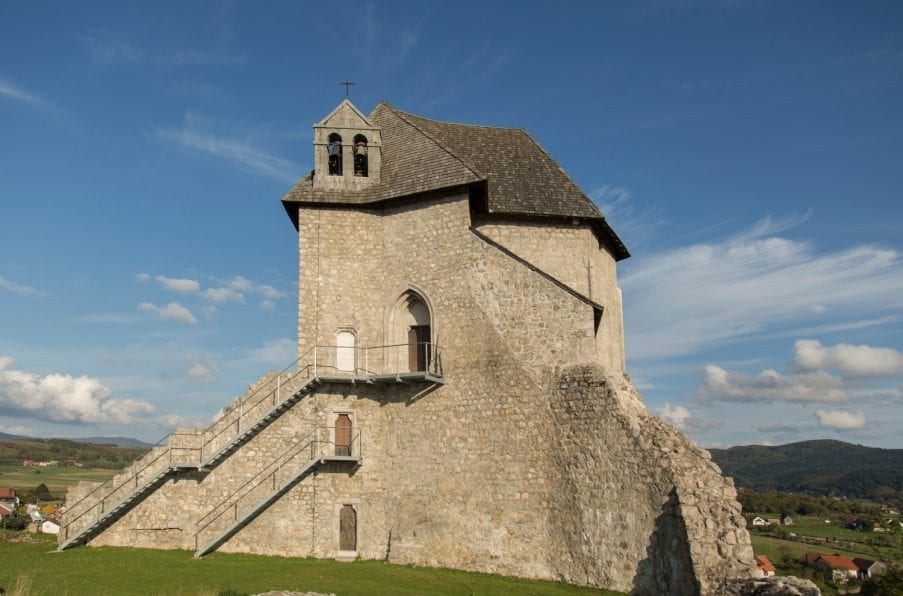 The medieval feudal town of Sokolac was built in the early 15th century by the Dukes of Frankopan from the island of Krk. At that time, Sokolac was the center of political, commercial and cultural life.

As a result of the invasion by the Turkish army, the Frankopans ceded their property to the king, who placed a military crew there as the first line of a defense against the Turks. Although Brinje was repeatedly attacked, it was never conquered. After the successful defense the fortress gradually deteriorated, and to this day, the entrance tower and two-storey burg chapel of the Holy Trinity, one of the most beautiful late Gothic sacral monuments in Croatia, has been preserved.

In the chapel, the central area is occupied by an octagonal nave in which on the one side extends the shrine of the chapel, whereas on the other side, equal to size, is an area dedicated to the Madonna of the Seven Sorrows. In the 17th century, new Mannerist altars were erected in the chapel, incorporating a Gothic statue of the Madonna with the Child Jesus and the Pieta that dates to the early 15th century. On the Gothic vaults in the crypt and on the upper floor, there are stone reliefs of the carved emblem of the Frankopans and Gorjanskis.