TESLA VS EDISON A technological battle becomes a Hollywood blockbuster! 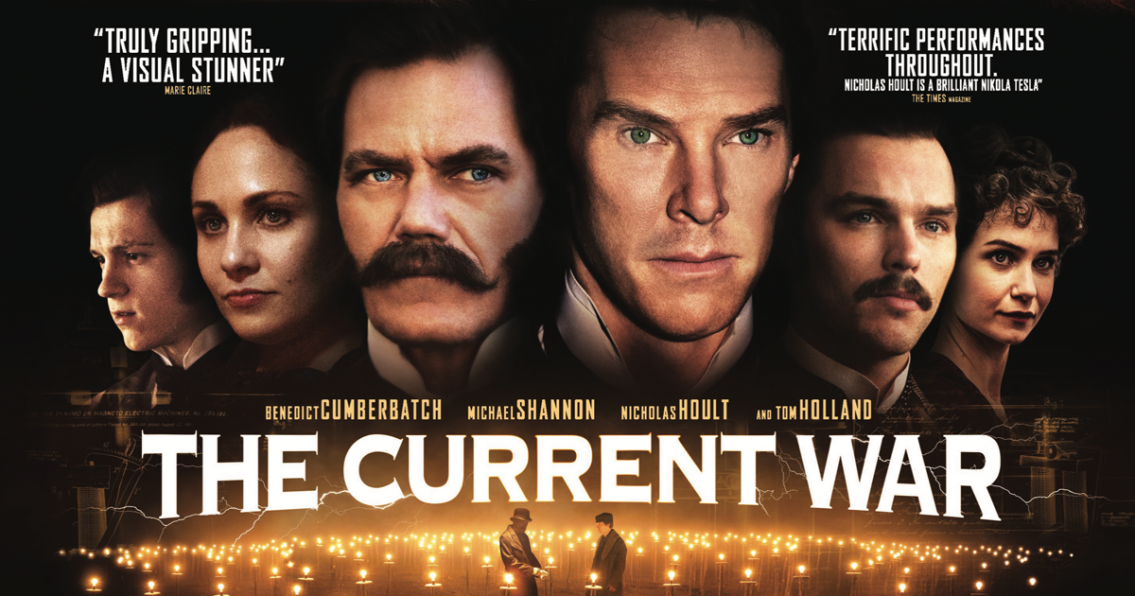 “The Current War” a movie that takes on the rivalry between inventors Thomas Edison, George Westinghouse and Nikola Tesla opens up in theatres across the USA on October 25.

Benedict Cumberbatch is Thomas Edison, the celebrity inventor on the verge of bringing electricity to Manhattan with his radical new DC technology. On the eve of triumph, his plans are upended by charismatic businessman George Westinghouse (Michael Shannon), who believes he and his partner, the upstart genius Nikola Tesla (Nicholas Hoult), have a superior idea for how to rapidly electrify America: with AC current. As Edison and Westinghouse grapple for who will power the nation, they spark one of the first and greatest corporate feuds in American history, establishing for future Titans of Industry the need to break all the rules.

“The Current War” premiered at the Toronto International Film Festival in 2017 and was originally produced by The Weinstein Company. But the surfacing of Harvey Weinstein sexual assault allegations that year eventually tanked the company, sending the movie into a holding pattern. The film also received a generally grim reception at the festival, further clouding its future.