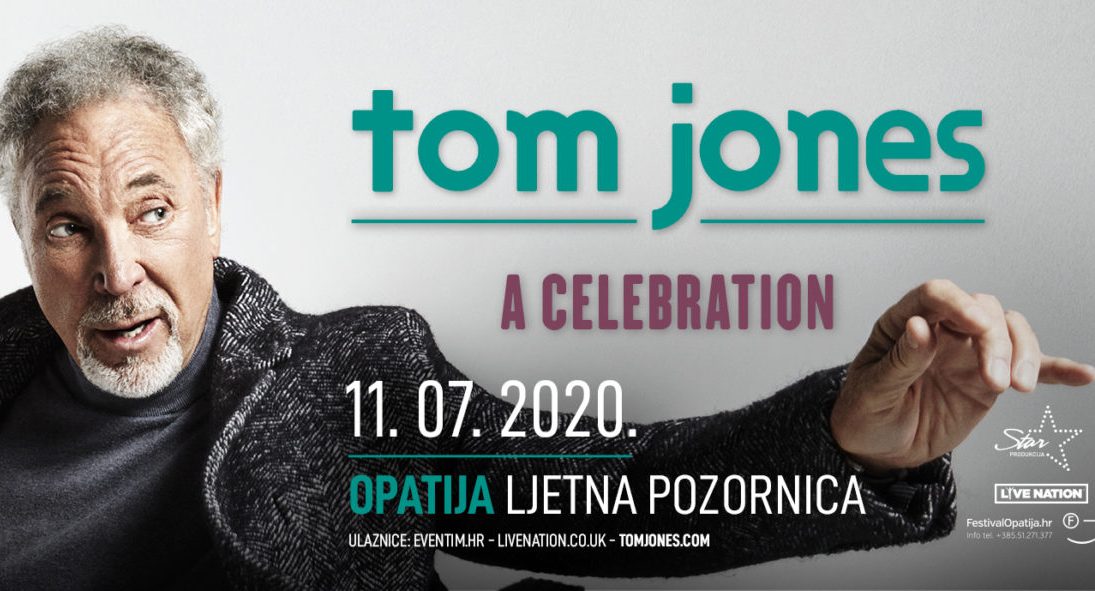 As a part of big A Celebration Tour 2020 marking his 80th birthday and 55th anniversary of the debut single ‘It’s Not Unusual’, the legendary Tom Jones is coming to Open Air Theatre in Opatija on July 11, 2020!

This will be his first appearance in Opatija and only one in Croatia and surrounding region on the A Celebration Tour.

Sir Thomas John Woodward, known professionally as Tom Jones, is a Welsh singer. His career began with a string of top-ten hits in the mid-1960s.

Jones’s powerful voice has been described as a “full-throated, robust baritone”.