TRAVELSEWHERE My trip to the Waterfalls of Rastoke 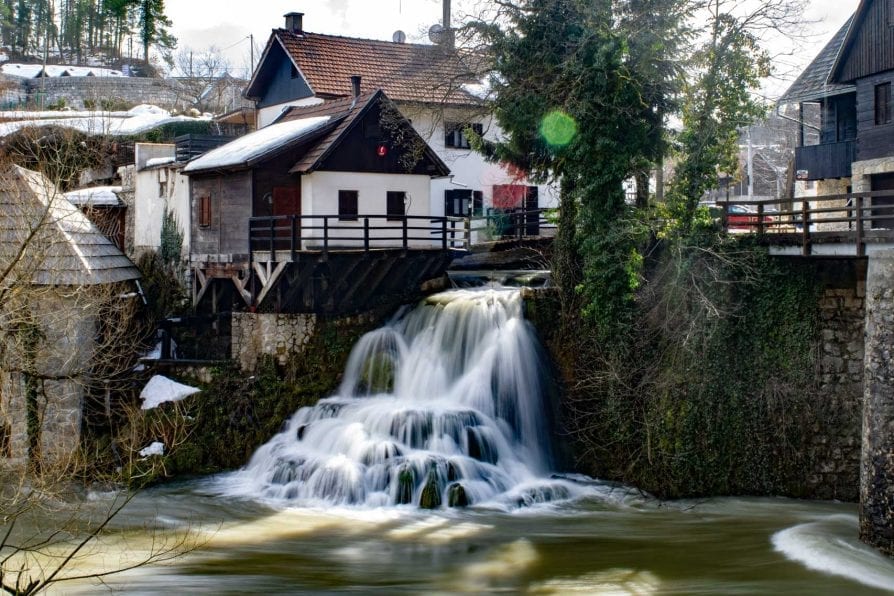 David, the owner of a very popular travel blog called Travelsewhere recently visited the village of Rastoke and shared his impressions and firsthand experience with Plitvice  Times.

While staying in Slunj to visit the Plitvice Lakes, I had an inkling that there was a waterfall to visit here. I’d first learned of the village from a photo I found online back when I was first thinking of visiting the lakes. It really wasn’t until my bus from Zagreb rolled past that I realised the scale of Rastoke’s waterfalls.

David admits that it can be hard living in the shadow of a more popular, more impressive sibling.

I’m sure that’s how the village of Rastoke would feel towards the famous Plitvice Lakes in central Croatia. The two may sound completely unrelated despite being a short drive from one another, but they do indeed have something in common – waterfalls. Although Rastoke shares the Korana River with the Plitvice Lakes, it is the Slunjčica River that creates the village waterfalls. As the river hits Rastoke, it begins to fork and fork again, creating streams that spread throughout the village.

The village itself plays a big part in the beauty of Rastoke. Certainly the view wouldn’t be the same without the traditional wooden houses that line the streams or rest out on the little islands. Yes, there are some spots that are only reachable by quaint little bridges. You can even stay in some that offer guest accommodation, while others are restaurants with little decks out over the water.

He was extremely lucky with his timing for Rastoke.

I had arrived at Rastoke roughly a week after a major snowstorm. Croatia like much of Europe had been blanketed in snow before then being hit by a heat wave, causing major flooding as all that snow quickly melted away. While this meant I saw towns downstream fighting floodwaters with sandbags, the waterfalls of Rastoke were practically raging.

Walking through the village he found plenty of great spots for photos.

For the best views of Rastoke and its waterfalls though, I think you actually need to leave the village. At the northern end of the village, there’s a small bridge that takes you across to the far side of the Korana River. Just a little downstream from there you’ll find a fantastic viewpoint on top of the hill there that lets you see all of Rastoke’s most impressive waterfalls. That said, also head the other direction at the bridge to see a waterfall flow out from under a house. It was a photo of that very view that brought me to Rastoke.

READ THE FULL STORY FROM RASTOKE AND MORE AMAZING POSTS AT TRAVELSEWHERE.