THROUGH THE EYES OF RUDY WALKER 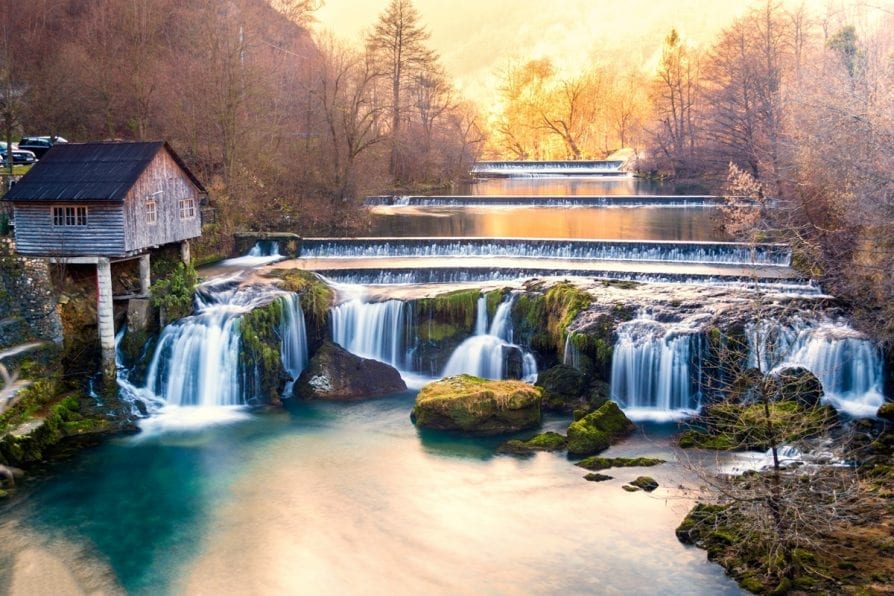 Every waterfall lover visiting Plitvice Lakes should know the fact that only half an hour away exist another very special destination that attracts more and more visitors every year! You can call it younger sister of Plitvice Lakes firstly because this National park was established in 2008 and secondly because they are a true jewel with amazing waterfall scenery.

Una National Park located in the northwestern part of Bosnia and Herzegovina is also a paradise for photographers who come to witness this beauty. One of them was Rudy Walker, a very talented artist who shared this amazingly beautiful photos with us. So why the name Una? Well, there are two different legends and they are both very interesting!

The first legend about the origin of the name Una tells the story of ancient Roman warriors, who, due to constant warfare lost the ability to perceive beauty. After reaching the Una river they were moved by the scenery they had never seen before –  emerald green water, fairytale waterfalls, vivacious river banks… One of those Roman warriors, fascinated by the scene, exclaimed “Una!” (Latin word for “One”, “the only one”). Another legend tells a bit different story… After a bloody battle, a weary warrior came to the edge of a deep canyon where he saw a breathtaking river.  Slowly he went down to the bank of the river, washed his wounds and took a short rest. He hid behind a huge rock and waited for the sun to set behind the edges of the canyon. With last rays of light, a beautiful girl appeared and entered one of the river stilt houses. The hunger and cold of the river, but foremost the beauty of the girl made him enter the stilt house. Nobody knew anything about him, nobody saw him … only the girl occasionally came in and brought some food and firewood. Smoke from the stilt house was there through rainy autumn days, winter snows and high waters. Spring brought the first sunny days and on the entrance of the house appeared a warrior holding a small baby girl. As he saw the baby girl’s mother at the entrance to the water mill he looked in baby’s emerald-turquoise eyes and shouted from the top of his voice: “Una, Una, Una!” The warrior’s voice long echoed through the river canyon, and it still can be heard today. Una, Unac and Krka are three jewels of the natural heritage of the Una National Park, and River Una as the greatest natural value, rises in the village Donja Suvaja below the mountain Stražbenica in Croatia.  Una has features of a real mountain river and its travertine waterfalls, cascades and falls are a true jewel including a big waterfall in Martin Brod, Štrbački buk, Troslap, Dvoslap and Ripač fall. Down at the waterfalls of Martin Brod and Štrbački buk the water crashes over several small and large falls and waterfalls building a unique travertine formations.

A visit to Una is our recommendation and until then enjoy this stunning photos. PHOTOS: Rudy Walker SOURCE: Una National Park