From Vaganac stream to Niagara Falls 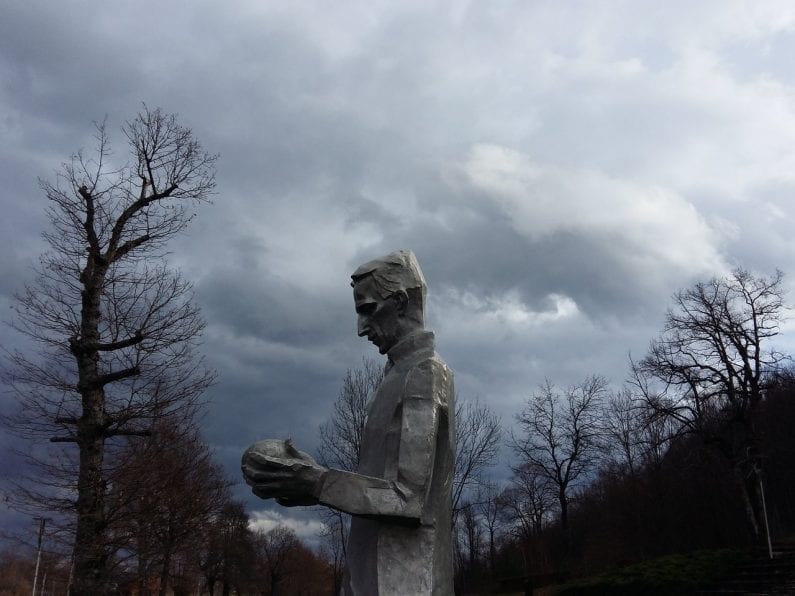 A village of Smiljan, where the great inventor Nikola Tesla was born in 1856 is located only six kilometres from Gospić, and about half an hour drive from Plitvice Lakes. Tesla was born in minister`s family next to the church of St.Peter and Paul, and in Smiljan he spent his childhood and started with first innovations.

Later those innovations changed the world… This Memorial Centre was restored and opened in 2006, and includes replicas of Tesla`s test research station and turbines, Tesla`s remote control ship, a statue, a few new structures built to hold multimedia presentations, an outdoor auditorium, a bridge and a playground. Inside of his birth house there is a dynamic multimedia exhibition that presents his life and work in a contemporary way. The monument you see below is dedicated to the connection between Nikola Tesla and Niagara Falls.

“Playing here on the brook of Vaganac, Nikola Tesla sensed the power of the watercourses for the first time. This realization led him to discoveries that resulted in the building of the hydroelectric power plant on Niagara Falls in 1896.” And here at the stream Vaganac, at his birthplace Smiljan he got his first inspiration, and here everything started… Tesla obviously had a special bond with waterfalls, because you already know that Plitvice inspired him as well.